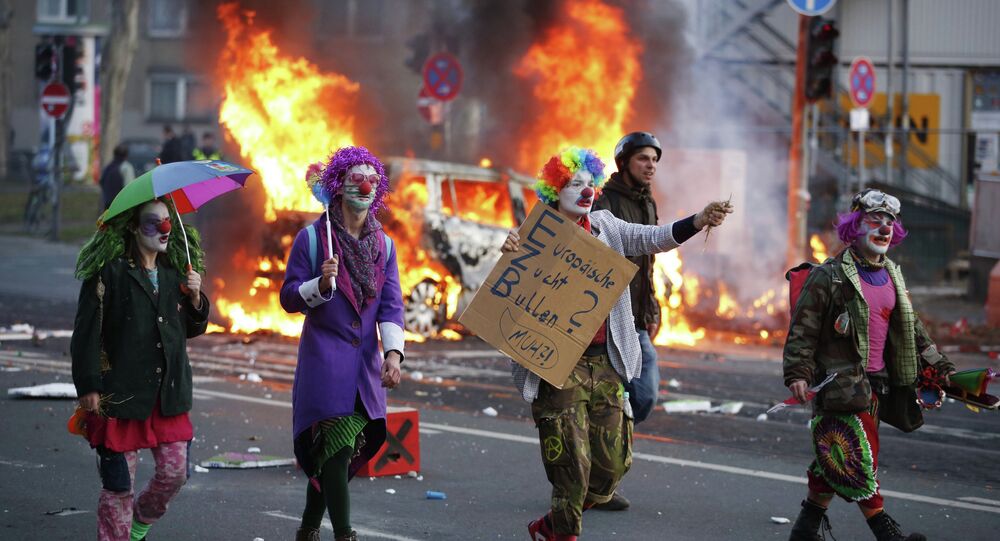 The arrogance of the European Union towards Russia has gone too far after the bloc slapped sanctions this week on Moscow over the dubious Navalny affair.

The innuendo has been building for weeks that the Russian government was somehow responsible for the alleged poisoning of opposition figure Alexei Navalny. Now the European Union has formalised the insinuation of wrongdoing by imposing sanctions on several senior Russian officials.

We've been here before with similar provocations, including the Skripal farce, the shooting down of a Malaysian airliner over Ukraine, and spurious allegations of Russia threatening European security, to name a few.

This, however, is a ridiculous step too far. No evidence has been presented to back up European claims against Russia concerning the Navalny saga. All efforts by Moscow for cooperation in investigating what happened when he fell ill on August 20 have been stonewalled.

Russia has been transparent from the outset. Navalny was permitted to promptly travel for medical treatment in Germany. And Russian doctors who saved his life provided analytical data showing there was no toxic substance in his body. Yet the Germans have rebuffed all Russian requests for reciprocal transparency from their side to back up their extraordinary claims that Navalny was poisoned with a military nerve agent.

The Russian dissident figure has been preposterously elevated as an international statesman by European leaders and given high-profile media attention to make scurrilous allegations against Russian President Vladimir Putin.

The astounding dereliction of legal process by the Europeans, as well as the flouting of diplomatic norms in their communications with Moscow, show they are unworthy of normal bilateral relations. Russia's Foreign Minister Sergei Lavrov was right this week when he suggested that henceforth Moscow might cut off dialogue with European capitals.

Navalny is a shadowy figure whom some would say is a professional gadfly working in the pay of Western intelligence to aggravate Russian internal politics and, in turn, to provide fodder for foreign interference in Russia's affairs.

The fact that this dodgy persona – who has negligible public support within Russia – is lionised and feted by Western governments and media illustrates the real agenda towards Russia. Namely, regime change.

The outrageous breach of diplomatic and legal norms with regard to the outlandish Navalny affair by the European Union shows that European politicians tacitly consider him more legitimate than the elected authorities in Russia.

The double standards and hypocrisy here are staggering. Russia is routinely accused of interfering in Western so-called democracies, and yet it is they who are trying to run a horse and coach through Russia's sovereign affairs while heaping insults upon its political leaders.

So, this is the thanks that Russia gets? If Russia hadn't intervened in Syria to shut down that war, there is every likelihood the Levantine nation would be over-run by head-chopping jihadists who would be making their way to Europe in their droves.

This is the thanks Russia gets for supplying Europe with economical hydrocarbon fuel for decades.

This is the thanks Russia gets for trying to maintain peace and strategic stability of nuclear weapons on the European continent while Europe's so-called American ally does its best to rip up arms control treaties and cast a shadow of annihilation over Europe.

This is the thanks that Russia gets for saving Europe from fascism and genocide seven decades ago, only for that noble sacrifice to be thrown back at Russia with sordid revisionist claims.

For too long, Russia has referred to Western states as "partners" when the reality is that Washington and its European vassals are acting in the most adversarial and antagonistic way to harm Russia.

The world is changing and the global fulcrum is no longer located in decaying, bankrupt Western has-been nations. Russia can look to the growth of China and Eurasia as the future engine of development. Moscow should politely but firmly tell the Europeans that their stupid, demeaning sanctions have consequences. Europe is sanctioning itself from having the privilege of normal relations with Russia.

It's time Russia showed a few red cards to Europe (and the United States) for their offensive conduct. Walking away from the Nord Stream-2 project which the Europeans and Americans have messed around with far too long might be one such red card. Let the Europeans pay for the expensive gas their leaders seem to want, and then sit back and watch the social revolts tear across Europe.

It's on their heads.