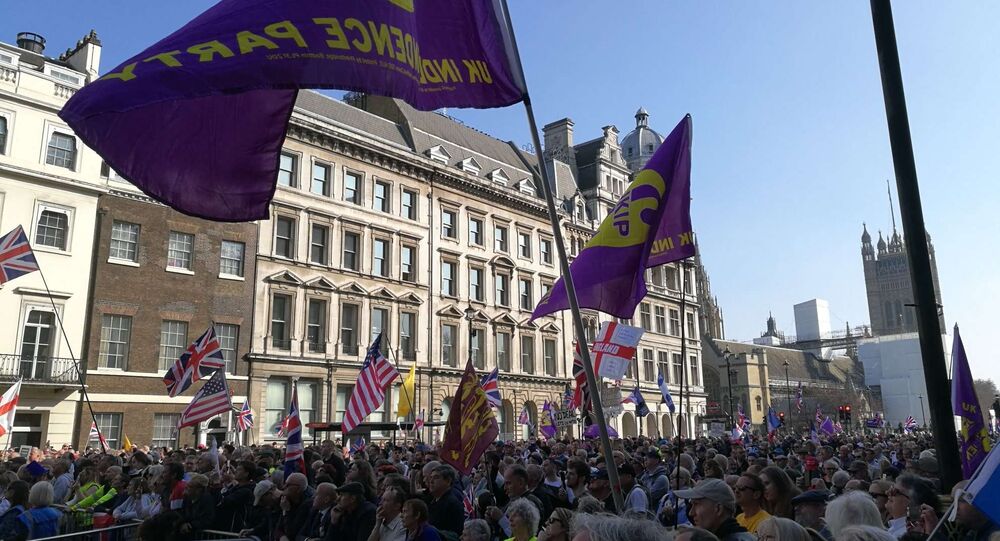 It was good to see that the Labour MP David Lammy was practising what his Glorious Leader Corbyn called 'a gentler and kinder form of politics' this weekend when he effectively described Boris, Jacob Rees Mogg and the European Research Group (ERG) as Nazis.

What on earth was he on about, or on, to come out with such drivel on the Andrew Marr show? What on earth did he mean when he said that, "compromising with Brexit supporters is similar to appeasement in the 1930s."

I thought, here we go again. Anyone who voted for Brexit is a racist, a bigot and a Nazi. But he didn't stop there as he also laid into the BBC saying, "The BBC should not allow this extreme hard-right fascism to flourish. What kind of country are we going to be like if these people are running it?"

My first thought was what kind of country are we going to be like if the Polls are correct this weekend and Labour are on course to win the election with a 60-seat majority?

Theresa May's Zombie government replaced by a Nightmare on Downing street with Comrade Corbyn in number10, Marxist McDonnell in 11, Diane Abbot as Home Secretary, with her abacus, and Lammy as the useful idiot.

But this is no laughing matter as Theresa May's legacy could be Labour getting hold of the reins of power and to be truthful the Tories would only have themselves to blame for it.

Their failure to listen to the people and the grassroots of their own party has led to this country being led to the cliff edge, not of a ‘no deal' but of a future run by the Labour dimwits.

Not so much a car crash but a ‘Back to the future' of industrial disputes, soaring tax bills and the nanny state. Forget about the winter of discontent this would likely be a decade of discontent with these Marxist muppets in charge.

I didn't think anything could be worse than Theresa the appeaser, how wrong I was.

This has to start with the Graham Brady bunch (The crypto-fascists as Lammy would call them) ditching May by changing the rules.

Then they need a coronation of Boris as a leader, the polls again show this would be popular with the country, and all thoughts of Amber ‘Dudd' being his number 2 need to be immediately forgotten. Instead, as I have been saying for months he should have Mogg as Chancellor, Rabb as Home Secretary and David Davies back in charge of EU negotiations.

© AFP 2021 / John Macdougall
UK War of Independence Starts NOW
Here is the controversial bit. He needs to employ Nigel Farage as an advisor on Europe, as I have been saying for ages. It is clear that the Tories are facing a humiliating defeat in the local and EU elections. If the rumours are true that over 40 Tory MEPs and candidates are on the verge of defecting to the Brexit Party and over 28 MPs have pledged Farage their votes too then the Tories are facing extinction.

Now is the time to wake up, smell the Coffee and for the Tories to lance the boil of Europe forever and get rid of those Conservative "Lite" members. I am sure that they can find a comfortable home in the, inaptly named, Change party with Chuka and Anna (I am so threatened) Sourby.

The action of the betrayers and self-servers in Westminster has broken politics and hopefully wrecked the two-party first past the post electoral system for good. All the parties need reform and realignment and that includes Labour.

I don't want a party of national unity or the Tories and Labour stitching up a deal, reminiscent of the bad old days of Labour and the unions sharing beer and sandwiches. Instead, I want clear blue water between the different political tribes so that we the people can decide who we want to govern us.

I don't want consensus politics. I want conviction politics and if that ends up with argy-bargy and some nasty words bring it on. Politics should be a war of attrition and aggression because issues and beliefs should mean something.

That is why it didn't surprise me that Farage got immediate criticism after his Brexit party launch in Coventry for daring to use terms like "earthquake in British politics" and saying it was time to "put the fear of God into politicians."

I could have written the next part of the script myself! It was obvious that the political class and their lickspittle mates in the mainstream media would immediately bring up the tragic murder of Jo Cox MP and accuse Nigel of incitement to violence.

Their mock indignation makes me want to puke. Cynically these self-serving pigs use the death of this woman to constantly divert attention from their own miserable failings and betrayal of their constituents.

First to invoke the need for the vomit bucket was a pudgy ballroom dancer and former wrecker of the British economy Ed Balls (UP). He put on the crocodile tears and said that it was ‘deeply, shockingly, horribly and indeed dangerously irresponsible' for Nigel Farage to say ‘fear of God.' Just in case we missed his point he got out the emotional sledgehammer and added ‘Has nothing been learned from the tragic and terrible murder of Jo Cox?'

© AP Photo / Olivier Matthys
Czech PM Supports UK Brexit Extension Deadline Until March 2020
Oh, Ed at the risk of being aggressive and threatening, do shut the eff up you cretin. It was your bloody missus Yvette Cooper who was the chief architect along with the posh knob Oliver Let (the EU) win who stuck two fingers up at the people and their decision more than most. So of course, people are blooming angry.

Ed Balls and the other assorted MP's /betrayers/traitors who feigned and invented in some cases outrage all need to ‘calm down dears' because ‘fear of God is a metaphor' and I have never heard anyone die from one of them. Farage was not inciting violence, he was expressing the sense of betrayal that at least 17.4 million people in the UK feel.

Why do the Left always feel that they hold the moral high ground? This is exemplified by the Jon Snow too many white comments or the way that right-wing trouble or violence at demos is always seized upon but the violent actions of the Antifa mob is always excused by the same trite comment about fighting ‘Far Right' extremism. Where is the level playing field? Nowhere it would seem, as the MSM always turn a liberal blind eye to the violence of the left.

This is why the real Conservatives, if indeed there any left in the Parliamentary Tory Party, need to seize the moment and install a real Conservative Government that believes in the traditional values that, believe it or not, most people in the UK hold.

For too long the Westminster bubble and their lickspittle mates in the Lamestream media have held all the levers of power and influence but Cameron and Theresa May have by his cowardice and her incompetence unleashed the Lions of this country and the donkeys who lead us are about to hear us roar.