As the House Democrats’ impeachment inquiry continues behind closed doors, US President Donald Trump’s Twitter rants reached a new low on Tuesday after 45 ditched his routine rhetoric in favor of a more provocative and repugnant word. 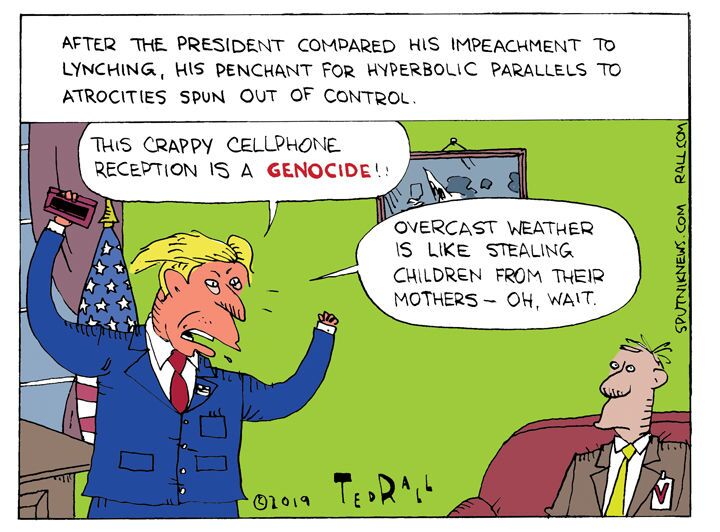 Acting US Ambassador to Ukraine Bill Taylor appeared before three congressional committees on Tuesday, and while the diplomat did not finish up his testimonies until later that evening, Trump issued his own social media protest that morning against the closed-door investigation and referred to the House Democrats’ entire impeachment inquiry as a “lynching.”

Despite the wave of outrage and disgust from various communities on Twitter, Trump loyalists and career contrarians Diamond and Silk came to the president’s defense with a false equivalency, saying that while people were previously lynched in the US due to the color of their skin, nowadays “people are abusing their power to lynch people becuz [sic] of the color of their politics.”

Senator Lindsey Graham (R-SC), who has been proven to switch up his rhetoric faster than outlets can publish his statements, acknowledged that black people were historically lynched in the US, but quickly qualified it by saying “other people have been lynched throughout history,” echoed Trump’s incendiary word choice and then asserted that lynching is “exactly what’s going on in the United States House of Representative right now.”