US President Donald Trump’s viral video featuring a purportedly damning photo of former Vice President Joe Biden and his son Hunter golfing with a "Ukraine gas exec.” was removed by Twitter due to copyright infringement, possibly due to a letter of cease and desist. 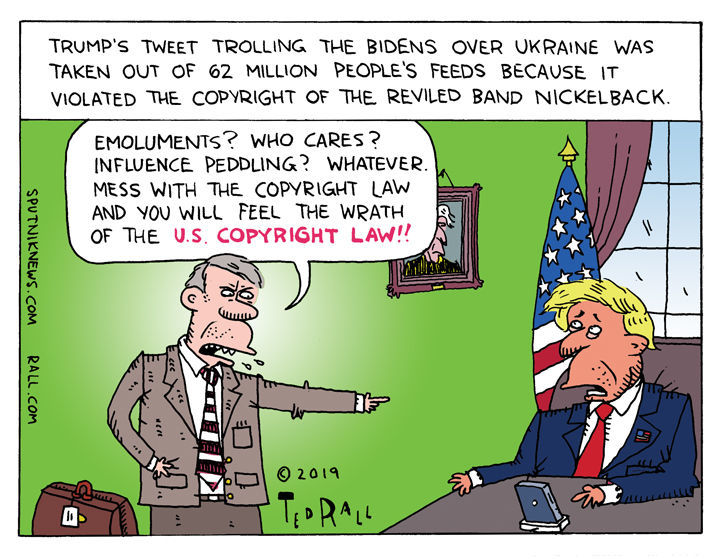 While Canadian rock band Nickelback is usually the butt of netizens’ jokes, the four musicians are receiving a lot of praise following the removal of Trump’s doctored Nickelback music video, which took shots at the Bidens and managed to amass 12.6 million views on Wednesday.

The clip featured a previously unseen, 2014 picture of Joe Biden, his son and "Ukraine gas exec.” Devon Archer, who, like Hunter Biden, sat on the board of natural gas company Burisma Holdings.

It’s unclear whether an actual cease and desist letter was issued by the band, but Nickelback did manage to skate back into relevance and gain over 1,800 Twitter followers in the past day, according to Socialblade.