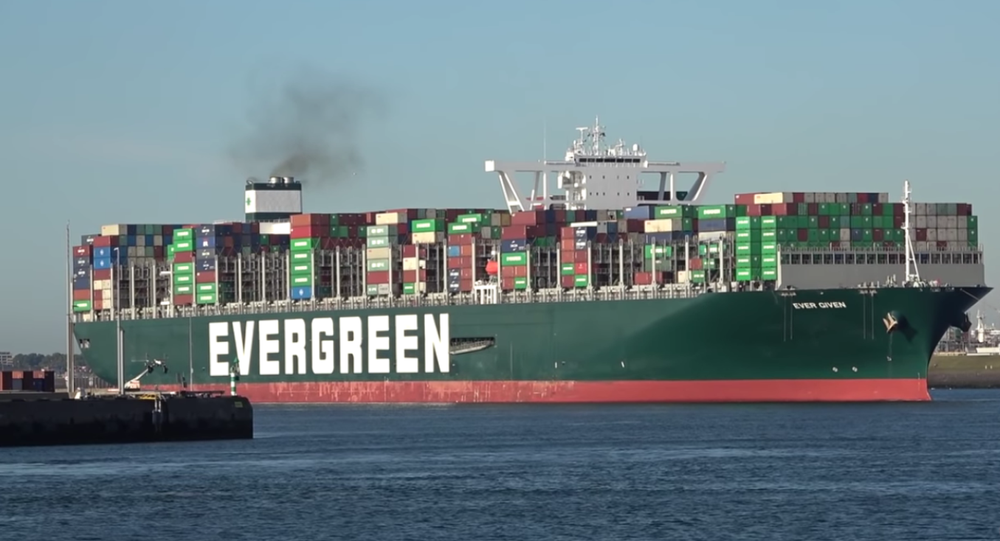 The cargo ship Ever Given’s owner has invoked a principle allowing it to distribute the costs of disaster recovery among the customers it ships cargo for, which could greatly complicate transferring thousands of containers off the ship, as well as paying Cairo for damages.

As customers whose products were being shipped on the cargo vessel Ever Given when it became lodged in the Suez Canal last month, became anxious about the delivery of their orders, parent company Evergreen is considering putting the ship’s cargo onto other vessels.

Since Ever Given was dislodged from its six-day stay with its bow stuck in the Suez Canal’s eastern embankment, it has been held in the Great Bitter Lake by Cairo, which says the ship’s captain owes it for tolls lost in the mishap.

“Customers are asking when their boxes will be delivered after the ship seizure, and the prospect of moving the containers to other ships and delivering them to the clients in Europe is now on the table,” a person directly involved in the matter told the Wall Street Journal recently.

“It won’t be easy to do, but there are a number of options,” they added. “Empty ships can be deployed to pick up boxes and some can be loaded to other container ships crossing on the same route to Europe.”

There are some 18,000 containers on the Ever Given, a 224,000-ton cargo vessel that was travelling from Taiwan to the Netherlands. According to WSJ, the ship could be shifted to Port Said, at the northern end of the canal, to facilitate the offloading of cargo, but it would depend heavily on the Egyptian government’s reaction.

The government-owned Suez Canal Authority has confiscated the ship and sued its owner for $916 million in compensation, including lost business as well as the costs of dislodging the ship and for “loss of reputation.” The narrow waterway is the only passage between the Mediterannean Sea and Red Sea, with the alternative being steaming around the distant southern tip of Africa or through the icy Northern Sea Route.

Ever Given owner Shoei Kisen has also invoked a clause in shipping law called “general average” in connection with the disaster, allowing the company to distribute the associated costs across owners of cargo on the vessel. According to Maritime-Executive, Shoei Kinsen will impose bond requirements on cargo interests before releasing the containers it’s hauling.

“GA charges are typically assessed as a percentage of the value of the cargo, and in the case of massive losses - like the catastrophic fire on the Maersk Honam - shippers may be asked to pay GA and salvage bonds exceeding half the value of their cargoes,” the outlet said, noting about the Ever Given incident that no cargo has been damaged, “but the bonds may be used to recover the cost of the refloat effort.”

However, the Ever Given’s insurer, UK Protection and Indemnity Club, has indicated it intends to fight the Egyptian government’s ruling, calling the indemnity “extraordinarily huge” and the claim behind it “unsupported.”

UK Hit by Garden Gnome Shortage and Ever Given Cargo Ship is to Blame: Here's Why