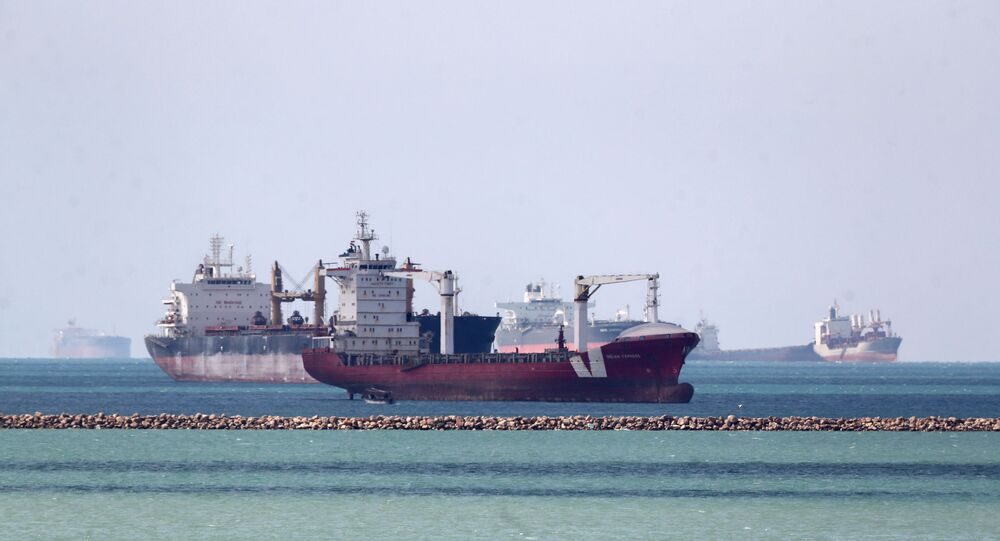 MOSCOW (Sputnik) - The Suez Canal Authority’s $900 million compensation claim toward container ship Ever Given, which paralyzed the key waterway for six days in late March, is "extraordinarily large" and poorly justified, UK Club, the megaship’s insurer, said on Tuesday.

Earlier in the day, the Suez Canal Authority (SCA) confirmed that an Egyptian court ruled to seize the ship until its owner pays $900 million in compensation for blocking the waterway for almost a week. UK Club said that the Ever Given owners received an SCA claim for $916 million on 7 April.

"Despite the magnitude of the claim which was largely unsupported, the owners and their insurers have been negotiating in good faith with the SCA. On 12 April, a carefully considered and generous offer was made to the SCA to settle their claim. We are disappointed by the SCA’s subsequent decision to arrest the vessel today," the company said.

The insurer went on to note that it is "disappointed" by the SCA’s decision to keep holding the ship with the crew aboard until compensation is paid.

The insurer noted that when the incident occurred, the vessel was fully operational and "was fully manned by a competent and professional Master and crew."

1,300-feet container ship Ever Given, operated by a Taiwanese firm, ran aground in the Suez Canal on 23 March. After days of dredging and towing efforts, it was fully refloated on 29 March, unblocking the vital trade link between Europe and Asia.