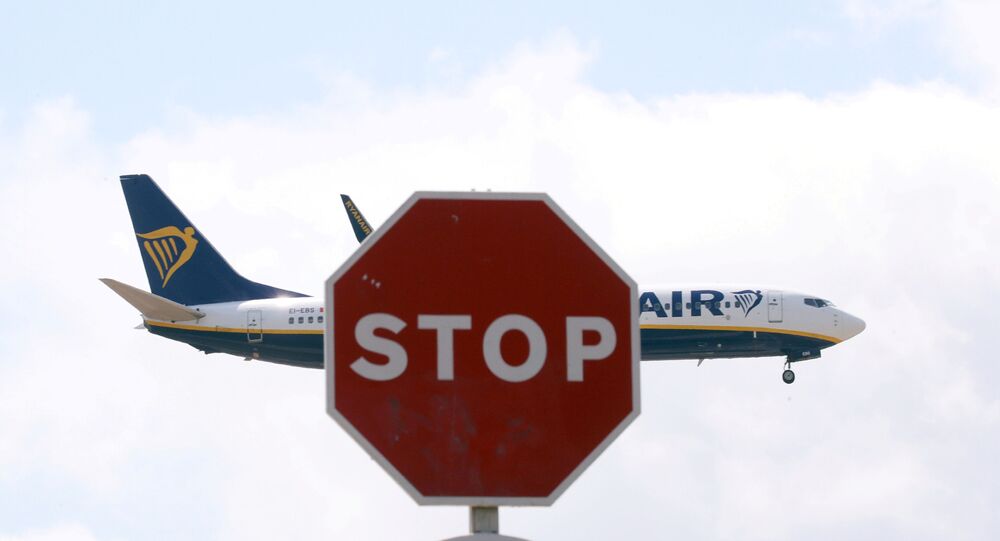 The Boeing 737 Max was grounded in 2019 after two deadly air disasters. Investigations found a string of failings, including US aviation authorities allowing Boeing to solely certify the airframe as safe, and the failure to train pilots and ground crew on the onboard automatic maneuvering system that caused two crashes.

Ryanair said it had increased its existing order of the aircraft, which was re-certified by the US Federal Aviation Administration (FAA) last month, to 210 - with a "modest" discount off the price tag as "compensation" for delays in fulfilling the original order.

"We hope to take delivery of at least 50 of these aircraft in 2021, subject to Boeing recovering its manufacturing output to deliver them," O'Leary said. "For as long as the Covid-19 pandemic depresses air travel, we will use these new aircraft to replace some of our older Boeing NG fleet, which will remain grounded until pre-Covid demand returns."

Calhoun said the deal was "the beginning of the fulfilment of a more robust order book" after orders for 183 of the planes were cancelled in 2019 following its grounding - leading to the company estimating a loss of $18.4 billion (€15.2 billion).

But the deal was condemned by Naoise Ryan, the widow of Irishman Mick Ryan, who was killed in the March 2019 Ethiopian Airlines Flight 302 disaster - the second deadly crash of a Boeing-737 MAX.

"Ryanair's purchase of the Max is an endorsement of Boeing's disregard of safety and human life," the widow said. "Like Boeing, they are prepared to gamble with people's lives in order to sell cheap flights on 'bargain-binned' planes.

"It is horrific that Boeing can once again profit from this dangerous plane while still hiding documents and have not been held to account for the deaths of 346 people. Boeing's attitude and dismissiveness should give everyone pause before ever boarding a Max," Ryan stated.

The 737 MAX was rushed into service in 2017 to compete with European rival Airbus and its A320neo model, which boasted outstanding fuel efficiency and noise levels thanks to its state-of-the-art Pratt & Whitney PW1000G engines.

The FAA controversially allowed Boeing to do much of its own safety certification. Crucially, the fitting of new CFM International LEAP-1B engines in a different position unbalanced the aircraft, and Boeing compensated by fitting the Manoeuvring Characteristics Augmentation System (MCAS) fly-by-wire system that adjusts the elevator trim - pushing the nose down - as it detects the wing nearing its stall angle, ostensibly to mimic the "elevator feel shift" of the previous 737NG model.

Boeing admitted in April 2019 that the MCAS system played a role in the October 2018 Lion Air Flight 610 crash in Indonesia that killed 189, and the Ethiopian Airlines crash that killed 157.

Investigations found Boeing had not provided sufficient training and documentation to ground crew and pilots, who consequently did not know how to stop the aircraft effectively flying itself into the ground or sea.

Ryanair had previously courted controversy in in 2010 and 2012 after a penny-pinching rule requiring pilots to fly with the bare minimum of fuel aboard led to two in-flight emergencies.

Pilots were pressured to keep the fuel load as light as possible to reduce fuel consumption, higher on a heavier aircraft. Crews were forced to make 'Mayday' emergency calls to air traffic controllers at Spain's Alicante airport in May 2010 and Valencia in July 2012 when fuel reached dangerously low levels.

Spain's Civil Aviation Accident and Incident Investigation Commission (CIAIAC) reported in July 2013 that Ryanair's practices gave it an economic advantage over competitors - and if they followed suit that could lead to  “simultaneous emergency declarations for lack of fuel”.

Although Ryanair's fuelling policy complied with “the minimum legal requirements, they tend to minimise the amount of fuel [...] and leave none for contingencies,” the report said.