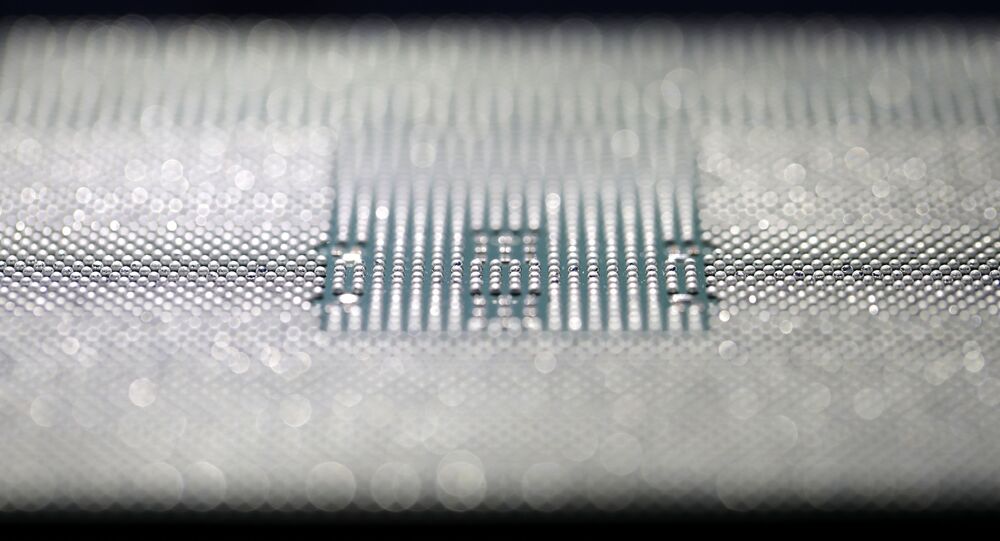 The Chinese tech giant and one of the main players on the global 5G equipment market and smartphones started facing grim prospects last year after the US government prohibited American companies from selling some technologies, including chips, to Huawei without authorisation.

Tech company Huawei is planning on replacing the foreign chips its uses with ones produced at a new plant owned by the Shanghai IC R&D Centre, a Chinese chip research company, the Financial Times reported citing anonymous sources. According to the industry sources interviewed by the newspaper, the move might cover most of the firm's needs for chips after facing a US ban on their sale to Huawei.

At first, the plant will reportedly be producing chips based on the 45nm process – a technology first introduced back in 2007 and a far cry from modern ones used in chips today. However, according to the FT's sources, by the end of 2021, the Shanghai IC R&D plant will start producing 28nm chips, which Huawei will be able to use in some of its devices, namely smart TVs and "internet of things" products.

In 2022, the facility is allegedly expected to reach the technology level to allow it to produce 20nm chips, something that can be used in Huawei's 5G equipment – one of the company's most in-demand products. Still, these chips are hardly suitable for use in smartphones, which the Chinese giant is currently producing via its leftover reserve of now inaccessible equipment, the industry experts told FT. It is unclear if and when the plant will be able to produce chips using smaller, more advanced processes.

"The planned new production line will not help with the smartphone business since [the] chipsets needed for smartphones need to be produced at more advanced technology nodes. But if it succeeds, it can become a bridge to a sustainable future for their infrastructure business", an unnamed semiconductor industry executive told the newspaper.

Huawei might compensate for the shortcomings in the chips purchased from Shanghai IC R&D "on the software and system side", a semiconductor analyst at Bernstein, Mark Li, suggested in an interview with FT. Both Huawei and the plant's operator refused to comment on the reported cooperation, with the latter calling it a "rather sensitive" issue.

Huawei's need for a standalone Chinese plant producing chips arose after the US government banned its companies from selling technologies to the Chinese tech giant. Washington claims Huawei is working in concert with Beijing to enable its alleged espionage on clients – something that both the company and the Chinese government deny.

Right now, American companies can only sell technologies, both hardware and software, to Huawei with authorisation from the US Treasury. However, Washington has been tightening the screws on the ban, introducing new restrictions about which technologies can receive a wavier to be sold.

China and Huawei suggested that the ban, introduced in May 2019, was Washington's attempt at eliminating competition on the telecommunications equipment market and vowed to sue the US government over it. Apart from introducing the ban, Washington also forbid its domestic carriers from using Huawei telecommunications equipment and pressured foreign countries to do the same, threatening to cut exchanges of intelligence with them if they didn't follow suit.