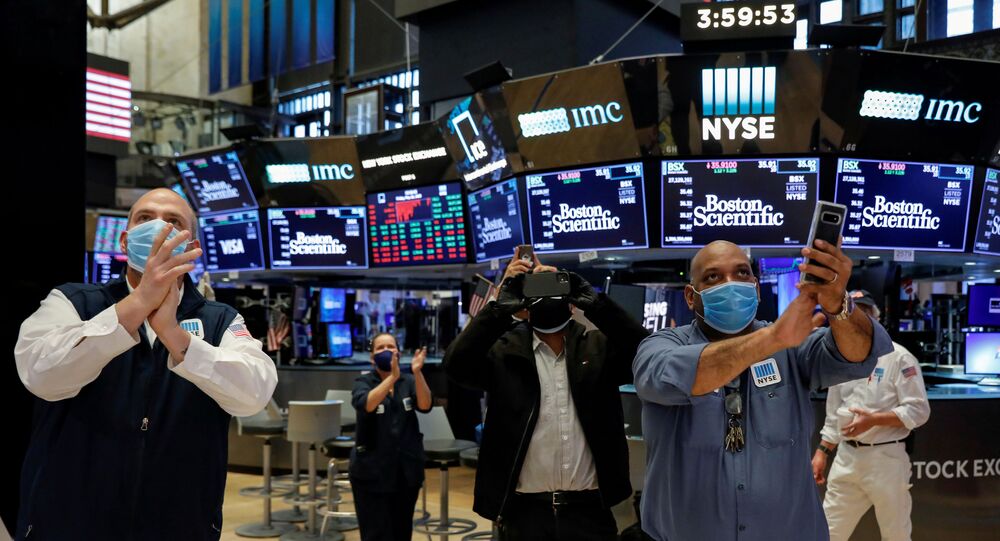 US Federal Reserve Chairman Jerome Powell has toned down the optimism regarding jobs in the country, in stark contrast to President Donald Trump, who recently praised the 2.5 million new work places last month.

American stock market indices have shown a significant decline on 11 June as the top exchange benchmarks have lost between 4 and 5% in value over the course of the day so far.

The Dow Jones Industrial Average suffered the biggest loss, dropping by 1,412 points, or 5.23%, compared to the closure of the previous day. The S&P 500, measuring a broad array of the top 500 American companies, also dove by 150 points or 4.72% by 17:00 GTM, continuing the downward trend that started for the two indices after 8 June.

Unlike the Dow Jones and S&P 500, the Nasdaq Composite Index, which mostly measures the performance of technology companies, only started to drop today after having had gradual growth since 13 May. The index lost 409 points, or 4.07%, by 17:00 GTM on 11 June.

Dim Future for US Economy

The drop in the top American stock indices comes after anomalous growth that continued despite the existing lockdown measures in some sectors of the economy and the general condition of the global markets, which were struck by the coronavirus pandemic.

At the same time, the change in Nasdaq’s trend, along with the new major falls in the Dow Jones and the S&P 500, were preceded by a statement by US Federal Reserve Chairman Jerome Powell, who toned down the optimism regarding the American economy.

Powell argued that despite 2.5 million new jobs having been created in the US in May, many more that were lost during the pandemic might not return so quickly. The Fed chairman suggested that it could take years to return to the pre-2020 level of jobs places in the American economy. President Trump, however, disagreed with the Fed's evaluation.

The Federal Reserve has so far stuck to its policy of keeping the interest rate at a range between 0% and 0.25% and predicts a 6.5% decline for the American economy this year. The Organisation for Economic Co-operation and Development earlier gave an even grimmer forecast, suggesting that the US economy could contract by as much as 8.5%, but offered an alternative prediction of it losing 7.3% if Washington manages to avert a second wave of the COVID-19 outbreak.

US Stock Futures Fall As States Continue With Reopening

US Stock Futures Drop Following Consecutive Gains in May