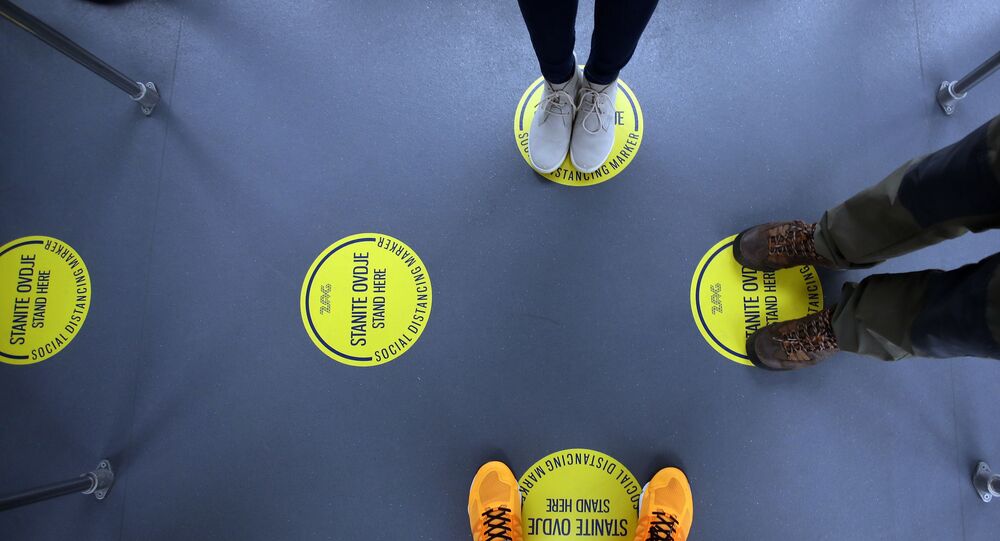 A comprehensive framework for restarting airline travel must be implemented to help the struggling sector balance between profitability and reducing human-to-human transmission of COVID-19, a leading group on the industry said on Tuesday.

The guidelines built a "comprehensive framework of risk-based temporary measures" for air travel operation amid the ongoing COVID-19 crisis, the organisation said.

“The universal implementation of global standards has made aviation safe. A similar approach is critical in this crisis so that we can safely restore air connectivity as borders and economies re-open," IATA director-general and chief executive Alexandre de Juniac said in a statement.

Such guidelines were "built with the best expertise of government and industry", he said, adding that airlines "strongly" backed the initiative.

© REUTERS / Henry Nicholls
Road To Recovery: New Joint Roadmap Aims to Find Balance on Public Safety, Travel Sector Restart
"Now we are counting on governments to implement the recommendations quickly, because the world wants to travel again and needs airlines to play a key role in the economic recovery. And we must do this with global harmonization and mutual recognition of efforts to earn the confidence of travellers and air transport workers,” Mr de Juniac said.

Such actions would "give [travellers] and crew the confidence they need to fly again", de Juniac said, adding the IATA would remain "committed" to working with partners in medicine, technology and the pandemic to improve the measures.

The announcement comes after the aviation industry lost $314bn in profits, or 55 percent of total revenues, according to IATA figures.

But despite limited air traffic set to resume in the second half of 2020, Boeing chief executive David Calhoun said in an interview that air traffic may not return to normality in 2020 and that a major US airline could fold in September.

Numerous airline carriers such as Flybe, Virgin Australia, Monarch Airlines and others have folded due to the ongoing COVID-19 pandemic and Brexit, among others, with Virgin Atlantic, easyJet and others issuing profit warnings.

American Airlines along with low-cost carriers Eurowings and easyJet announced in late May they would cut up to 30 percent of airline staff.