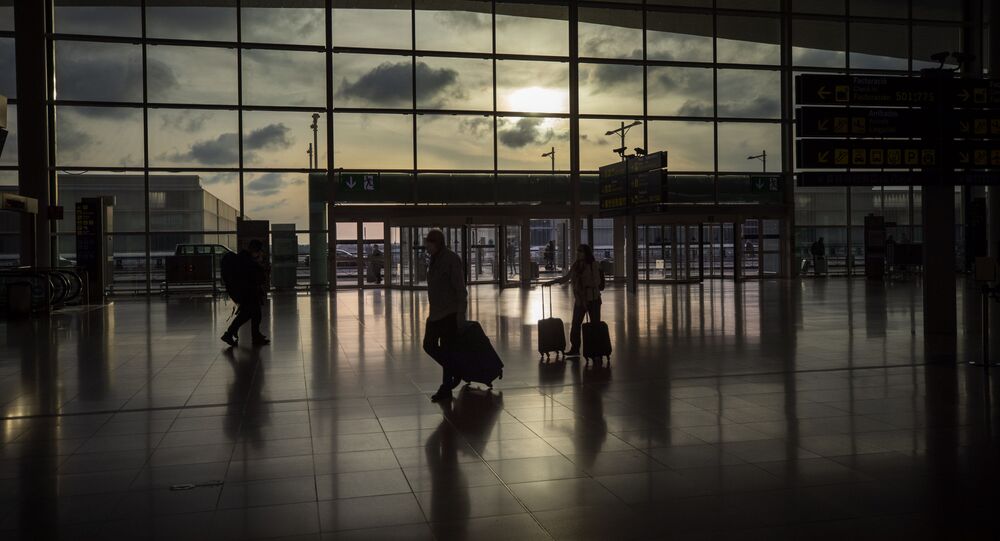 The ongoing coronavirus pandemic has severely impacted industries worldwide, with the aviation and hospitality sectors suffering massive profit losses and uncertainty as global leaders grapple with forming a unified response to tackle the spread of the virus.

Sputnik spoke to Mr Chris Goater, assistant director of corporate communications in Europe for the International Air Transport Association, about the wider impact of the COVID-19 pandemic on the European aviation industry and strategies to tackle the crisis.

SPUTNIK: Can you give us a picture of how the COVID-19 pandemic is affecting international aviation industries, and what are the potential consequences if governments fail to act?

Chris Goater: Regarding the impact of COVID-19, our latest economic assessment assumes that there is some return of traffic in the second half of the year, but what we're increasingly seeing is that it's unlikely to return sharply.

Domestic travel is likely to resume, but a lot of international services will not in 2020, so this estimate may well prove to be an underestimate. We will have to see what the response is once the restrictions start to be lifted.

This is a very serious situation for airlines. They have never seen this kind of collapse before, and that's why it's essential that governments step in to assist the industry, because, not only are the remaining flights going on, such as cargo flights and others, bring in crucial materials, but aviation also needs to be ready and prepared for a restart of the global economy and support it.

If airlines go under, there's not going to be the opportunity for that, and that will further damage the global economy. So it's absolutely crucial that governments step in to help the industry at this time.

SPUTNIK: Media reports have covered several carriers, including Flybe, Monarch and potentially EasyJet falling into administration in recent history due to revenue shortages, with further carriers urging rescue deals over the past weeks. From your assessments, are there any specific carriers that are vulnerable, whether national or low-cost? Which types of flights (international or domestic) are more at risk?

Chris Goater: There isn't one type of carrier that's struggling here as they're all struggling. It doesn't matter in which part of the world, or if you're a low-cost or legacy carrier. We are, as an industry, in unprecedented dire straits.

Just as EasyJet issued profit warnings, everyone is doing the same and under severe strain. We've seen a number of carriers effectively grounding their entire fleet in order to remain an ongoing entity despite being unable to fly.

It's difficult to say which airlines are the most vulnerable, but what is certain is that, without government assistance, we will see widespread bankruptcies of airlines across the world.

SPUTNIK: Aside from the pandemic, are there any external factors affecting the worsening situation of the global aviation forecast, even after lockdowns are lifted?

Chris Goater: What we have seen in the last few years is a fairly robust passenger market which had been expanding slightly above trend, and the long-term trend is about five to ten loads, or the measure of planes full of passengers, which has been slightly bettered over recent years.

But we noticed this trend was falling in 2019, so according to this forecast, based on this period to 2020, before the coronavirus pandemic hit, we expected passenger growth around 4.1 percent and cargo growth, which slowed significantly in 2019 to negative growth, was only forecasted to increase moderately even before the pandemic.

We were seeing a moderate slowdown in growth, not at crisis levels, but as part of an economic cycle, which the industry was prepared and ready for. The industry has been very successful in pushing its load factor up, which reached up to 80 percent prior to the pandemic, which is remarkable. That means that we can operate profitably.

Obviously, coronavirus has changed all of that. It was impossible to cut the capacity as fast as demand had collapsed, and, more importantly now, we're not sure how much growth will return, so it's very difficult to plan ahead in terms of what capacity the industry should have ready to go.

We want to support growth and a return to traffic, but we don't know how the public will respond or what restrictions government will put into place. So it's extremely important going forward that there is a harmonised, predictable and logical way of opening up markets, providing public confidence to travel so that we can start to bring capacity back. It's going to be a very difficult process.

SPUTNIK: Governments have pledged to help the industry, with US president Donald Trump pledging $25bn this week and the European Union agreeing on funds as part of a €500bn rescue deal. Do you believe these are sufficient measures to rescue the sector, or is more needed?

Chris Goater: We haven't put specific number on the amount required as it will vary depending on the individual needs of carriers. Notably, we have a short-term emergency, but given that growth in the wider economy will remain very subdued, we can expect that traffic will not rebound fast, meaning airlines will be facing significant problems going ahead.

The point about bailing out carriers or and providing liquidity to keep going, whether via direct financial aid, loans and other methods, its really important to preserve competition and vital to keep the choice the public has become accustomed to. But if we do see airlines going under or merging, that would be a shame for market competition.

This isn't about keeping 'zombie carriers' going indefinitely when they can survive on their own, and there needs to be an exit strategy for providing government aid and allow airlines to operate on a commercial basis, profitably and with the right mix of capacity. But we're speaking on a relatively short-term situation where airlines can be preserved and can restart to get the choice to customers and restart the industry so that the global economy can recover.