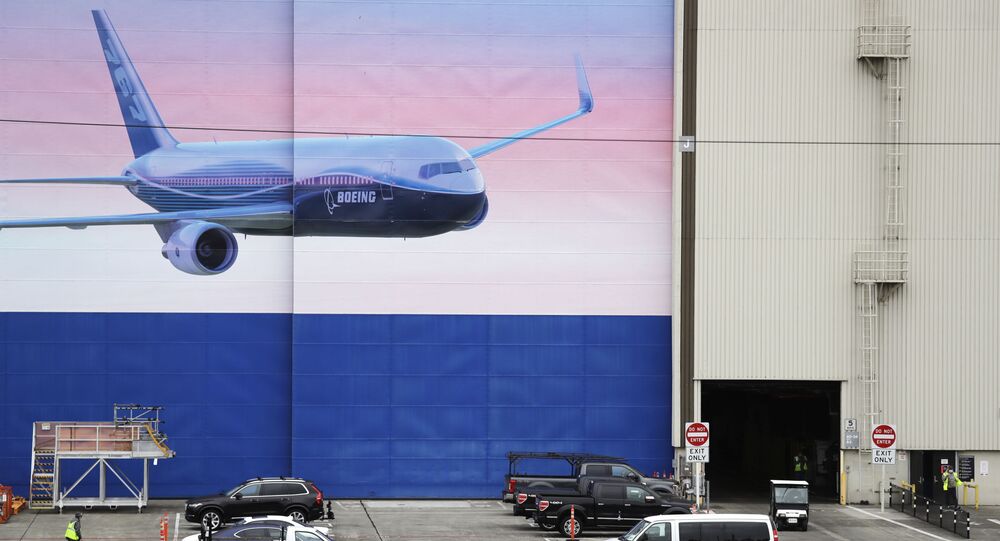 The shock announcement comes as the US government injects a $25bn lifeline into the aviation industry set to last until roughly September as companies face 95 percent cuts to demand amid the ongoing coronavirus pandemic.

Air travel may not return to normal in 2020, Boeing CEO David Calhoun said in an interview with NBC TODAY co-anchor Savannah Guthrie on Tuesday.

He told NBC: “Something will happen when September comes around. Traffic levels will not be back to 100%. They won’t even be back to 25%. Maybe by the end of the year we approach 50%. So there will definitely be adjustments that have to be made on the part of the airlines.”

​When asked whether an airline could fold this year, Mr Calhoun said: "Yes, most likely".

The news comes after Boeing announced it was cutting 16,000 jobs, or 10 percent of its total workforce, amid a 95 percent drop in passenger volumes.

"The demand for commercial airline travel has fallen off a cliff, with U.S. passenger volumes down more than 95% compared to last year. Globally, commercial airline revenue is expected to drop by $314 billion this year.” Calhoun said in a memo to employees in April.

The aerospace giant also slashed production of commercial planes in April, namely at its plants in South Carolina and Washington.

The crisis comes as the planemaker struggles with the ongoing 737 MAX crisis, where its flagship aircraft was grounded worldwide after two fatal plane crashes in Indonesia and Ethiopia, killing 346 people and unfolding numerous scandals.

According to the International Air Transport Association (IATA), assessments revealed limited air traffic in the second half of the year, but international services were unlikely to restore in 2020, seeing a $314bn drop in revenues, or 55 percent.

"If airlines go under, there's not going to be the opportunity for that, and that will further damage the global economy. So it's absolutely crucial that governments step in to help the industry at this time", Chris Goater, IATA assistant director of corporate communications, said at the time.