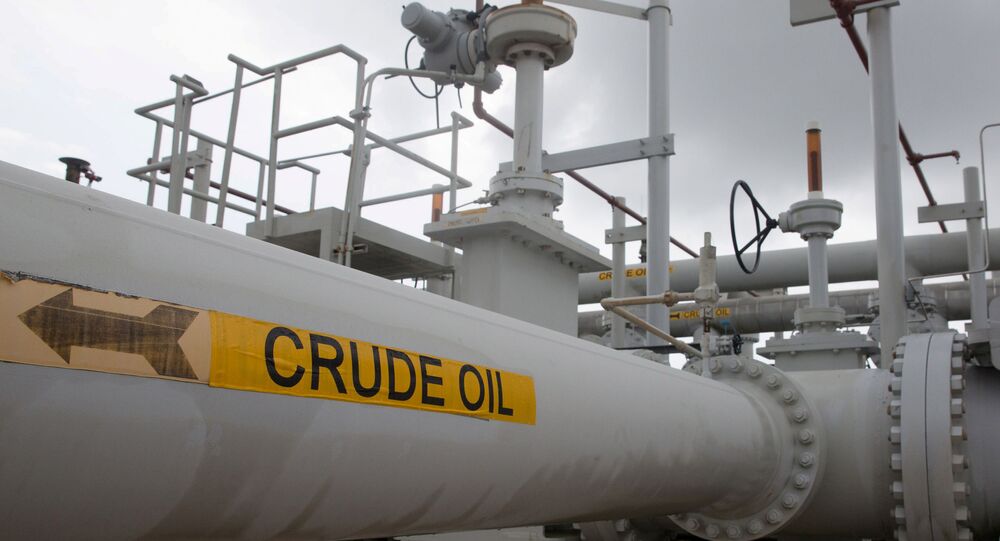 On 27 April US crude prices dropped 25 per cent on fears that storage space was fast running out in the country amid a universal oil glut witnessed as a result of the COVID-19 pandemic and its crippling repercussions for the global economy.

Amid a global slump in demand for oil sparked by the coronavirus pandemic and fast-dwindling crude storage space, US oil producers have started making deliveries to the Strategic Petroleum Reserve storage, reported Bloomberg quoting sources in the industry.

In April, 1.1 million barrels were said to have been transported into the Strategic Petroleum Reserve storage, according to an official cited by the outlet.

The move came after the US Energy Department said on 14 April it was negotiating contracts with nine energy companies to store some 23 million barrels of domestically produced oil in the country’s emergency reserve, with most of the crude to be delivered in May and June, and possible early deliveries in April.

“Providing our storage for these U.S. companies will help alleviate some of the stress on the American energy industry and its incredible workforce,” said Energy Secretary Dan Brouillette in a press release at the time.

Under the program, oil intended for storage was to be amassed from small, medium and large producer, with companies able to schedule return of their crude through March 2021, after allocating a small amount to cover the costs of storage.

The developments come as part of a plan by the Trump administration to help drain the nation’s oil glut amid forecasts that storage space is fast filling up.

On these fears, a futures contract for US crude prices dropped more than 100 percent and turned negative for the first time in history on 20 April.

© REUTERS / DRONE BASE
Crude oil storage tanks are seen in an aerial photograph at the Cushing oil hub in Cushing, Oklahoma, U.S. April 21, 2020

West Texas Intermediate (WTI) crude for May delivery settled at negative $37.63 per barrel, which signified that producers were willing to pay traders to take the oil off their hands.

On 21 April President Donald Trump ordered Energy Secretary Dan Brouillette and Treasury Secretary Steven Mnuchin to come up with a plan to prop up the struggling US oil and gas industry.

Trump tweeted Tuesday morning that he was taking measures to work out a plan for supporting the industries "long into the future," as West Texas Intermediate crude futures for May delivery again traded in negative territory.

We will never let the great U.S. Oil & Gas Industry down. I have instructed the Secretary of Energy and Secretary of the Treasury to formulate a plan which will make funds available so that these very important companies and jobs will be secured long into the future!

As Donald Trump is trying to devise a strategy to bail out the oil and gas industry, US Treasury Secretary Steven Mnuchin confirmed on 24 April that the administration was considering taking equity stakes in oil companies.

“You can assume that’s one of the alternatives, but there’s many of them”, Mnuchin told reporters in the Oval Office.

As Donald Trump hailed efforts to mitigate the situation, when Saudi Arabia, Russia and other petroleum-exporting nations within OPEC+ on 12 April agreed to slash their oil production by 9.7 million barrels per day through June, he said the move had not been sufficient to remove the market’s oversupply.

“The energy business is very important to me, and we’re going to build it up. This really hurt the energy business as much as any other business because it totally knocked out - the supply kept coming,” said Trump at a White House event on 24 April.