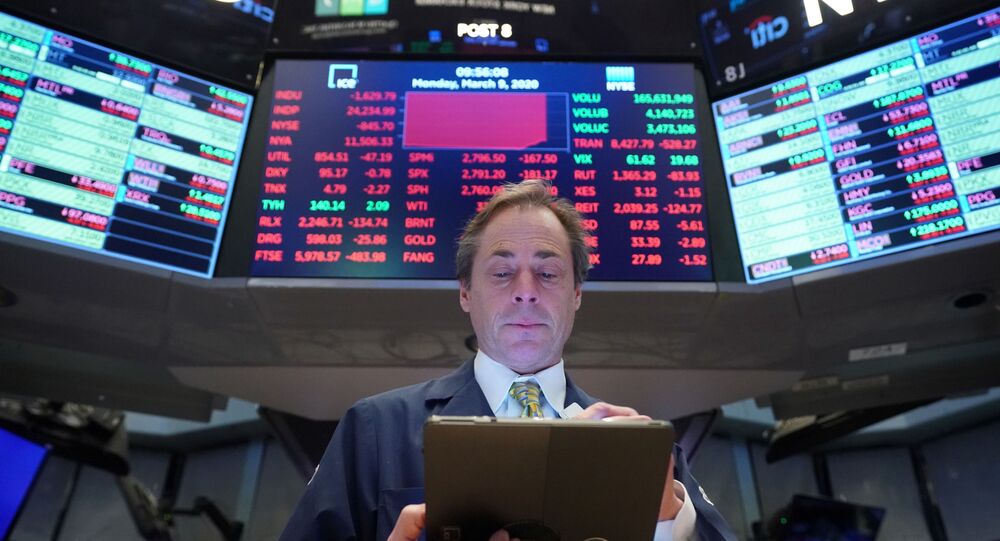 Global stock markets have been plunging as the opening trading week was overshadowed on Monday by panic selling triggered by fears over the double threat of the coronavirus outbreak and an oil prices slump in the wake of the failure to reach an agreement on crude production cuts under the OPEC+ deal.

The Italian FTSE MIB plummeted by 10.18 per cent to 18,722 points as the embattled country remains the worst-hit by the coronavirus epidemic among European countries.

Trading on US stock exchanges was halted after opening as the S&P 500 nosedived 7 per cent, triggering an automatic 15 minute cutout, set in place after the financial crisis of 2008-9.

Benchmark ten-year yields dropped to a record low of 0.318 per cent and were last at 0.487 per cent.

The dollar index against a basket of currencies was down 0.4 per cent.

“This is basically panic selling created by the sharp drop in oil prices. There’s a lot of fear in the market and if the price of oil continues to move lower it’s an indication that a global recession is not far away. We see that with gold, Treasury yields collapsing and the dollar as well. We’re not that far from entering into bear market territory another sign of economic decay.”

Fears of the Covid-19 epidemic sparking a recession in Australia witnessed the share market closing at 7.4 per cent down.

In Japan, the Nikkei fell more than 5 per cent, Hong Kong’s Hang Sen lost 3.9 per cent, and a drop of just slightly over 3 per cent was registered at the Shanghai stock exchange.

Japan's benchmark closed down 5.1 per cent, while Australia's lost 7.3 per cent and the Shanghai market in China was off 3 per cent.

Neil Wilson, the chief market analyst at the trading platform Markets.com, was quoted by The Guardian as saying:

“This will be remembered as Black Monday. If you thought it couldn’t get any worse than the last fortnight, think again.”

Oil prices lost as much as a third of their value on Monday as global markets, already jittery over the coronavirus fears, were sent into a tailspin over Saudi Arabia’s decision on a production hike.

Analysts at S&P Global Platts were quoted as predicting the Saudi “price war” could drive oil prices below $30 a barrel.

The developments came in the wake of the Saudi-led Organization of Petroleum Exporting Countries and its non-OPEC partners, including Russia, failing to reach a deal on a collective production cut in talks in Vienna, Austria on Friday, 6 March.

The turmoil on international markets came as the outbreak of the novel coronavirus had already left them jittery over the forecasted impact of a continued spread of the epidemic around the world.

Last week the Organization for Economic Cooperation and Development (OECD) said a severe outbreak of the coronavirus could see global growth down by 0.5 to 1.5 per cent.

On a global scale, the number of coronavirus cases has exceeded 109,000, with more than 90 countries reporting infections.

As of Sunday, Italy had registered 366 coronavirus-related deaths and more than 7,300 cases of the disease.

Over 3,800 people have already died from COVID-19 which was first detected in China's Wuhan in late December with the World Health Organisation declaring a global health emergency in late January in light of the epidemic.