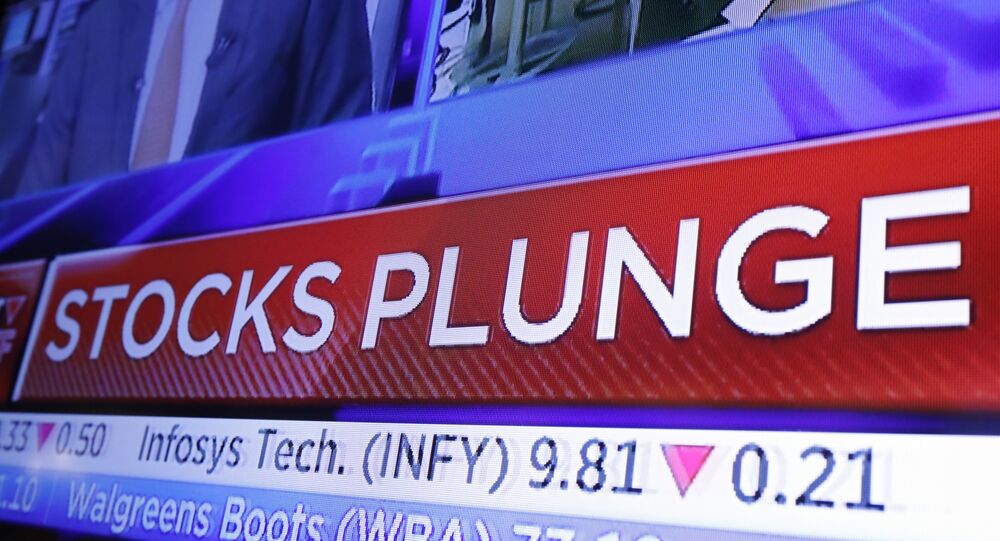 US stocks suffered another day of losses on Thursday, with the Dow Jones Industrial Index taking a dive of more than 900 points as the spread of the COVID-19 coronavirus continues to keep fears heightened.

The Dow wrapped up the day with a loss of  969.58 points, and the S&P 500 was 106.18 points in the red. The Nasdaq Composite fell by 279.49 points. Thursday’s falls add to a whirlwind week for Wall Street, which experienced a gain of more than 1,000 points on Wednesday on the news that former US Vice President Joe Biden had won several primaries on Super Tuesday against fellow Democratic presidential candidate Sen. Bernie Sanders (I-VT).

The latest stock closing figures come as traders are again dealing with massive sell-offs driven by concerns over how the rise in COVID-19 cases and subsequent preventative measures, such as travel bans, production cessations and quarantines, by various governments will ultimately affect the US and global economies and their supply lines.

“The majority of this is just growing concern about the fallout from the virus because it’s spreading,” Tom Essaye, founder of the Sevens Report, told CNBC. “For every hour, another group of people have it and it’s in another state.”

“People are getting a bit nervous about this constant barrage of headlines,” he added.

California health officials on Wednesday announced the Golden State’s very first COVID-19 coronavirus-related death, revealing that the elderly individual was likely exposed to the virus while aboard a cruise ship that traveled from San Francisco to Mexico.

That same day, California declared a state of emergency. The death in the state was made known shortly after Washington state announced its 10th fatality from the virus, which brought the total deaths in the US to 11.

The Federal Reserve had previously opted to cut US interest rates by half a point in an effort to ease concerns on Tuesday; however, efforts by the American central banking system ultimately failed, as the day’s trading closed with the more than 780 points in losses for the Dow.

The latest efforts by the US government to ease concerns surrounding COVID-19 now include an $8.3 billion emergency bill, which was approved by the US House of Representatives late Wednesday with vote of 415 to 2. The measure, which designates portions of the funds for the creation of a COVID-19 coronavirus vaccine, medical supplies and health care preparedness efforts, cleared the US Senate Thursday and is now expected to be signed by US President Donald Trump.

Data collected by the Johns Hopkins University indicates that there have been more than 96,800 COVID-19 cases confirmed worldwide and that the global death toll stands at over 3,300.