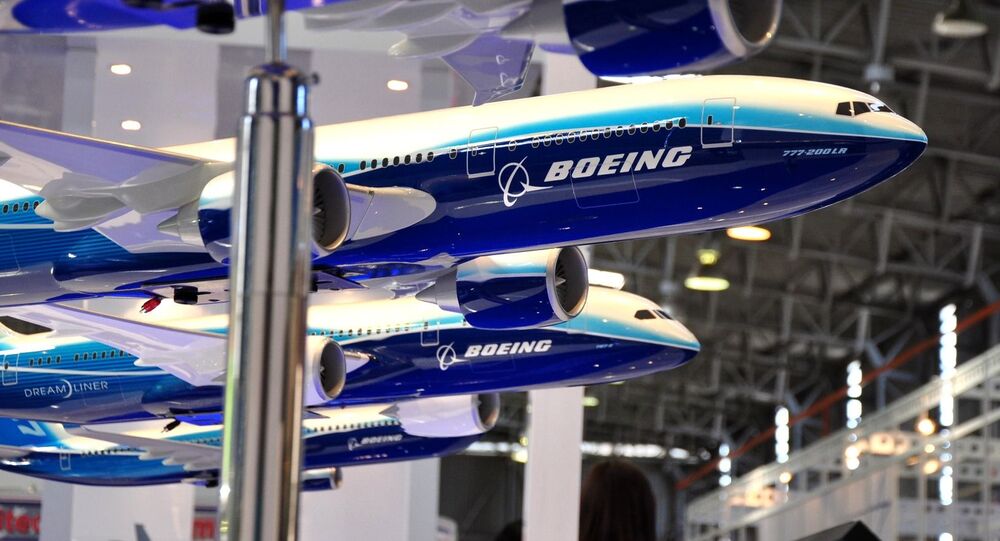 A wave of messages originating from employees working for the US aviation firm has unleashed fresh speculation on the planemaker's reputation, in addition to serious violations and cover-ups within its company culture.

US planemaker Boeing Co has come under fresh criticism after hundreds of internal correspondences revealed that the company had attempted to avoid regulatory scrutiny from employees criticising the 737 MAX, the Federal Aviation Administration and others, Reuters reported on Friday.

The bombshell news comes just days after Boeing began recommending additional simulator training for 737 MAX pilots and a month after former CEO Dennis Muilenburg resigned from his post over his handling of the 737 MAX crisis.

'Designed By Clowns, Supervised By Monkeys'

In one message, a person slammed the top-selling plane as being "designed by clowns who in turn are supervised by monkeys".

A second instant message on 8 February 2018, eight months before the Lion Air crash in Indonesia, an employee wrote: "Would you put your family on a MAX simulator trained aircraft? I wouldn't.

A second employee responded, saying "no".

Other emails revealed employee frustration with Boeing's company culture, which revolved around cutting costs by using the cheapest suppliers and "impossible schedules".

One employee said in an email dated June 2018: “I don’t know how to fix these things...it’s systemic. It’s culture. It’s the fact we have a senior leadership team that understand very little about the business and yet are driving us to certain objectives.

A message dated May the same year said: “I still haven’t been forgiven by god for the covering up I did last year. Can't do it one more time. the Pearly gates will be closed...

A March 2017 email indicated that Boeing vowed to block efforts to require additional simulation training, due to differences between the 737 MAX and 737 NG, by lobbying aviation regulators.

The message from Boeing's 737 chief technical pilot said: “I want to stress the importance of holding firm that there will not be any type of simulator training required to transition from NG to MAX.

It added: “Boeing will not allow that to happen. We’ll go face to face with any regulator who tries to make that a requirement.

Responding to the messages, the FAA said that they did not raise new safety issues, but the "tone and content of the language" in the correspondences was "disappointing".

© REUTERS / Sarah Silbiger
Boeing Chief Executive Dennis Muilenburg testifies before the House Transportation and Infrastructure Committee during a hearing on the grounded 737 MAX in the wake of deadly crashes, on Capitol Hill in Washington, U.S., October 30, 2019

A Boeing spokesperson said: "These communications contain provocative language, and, in certain instances, raise questions about Boeing’s interactions with the FAA in connection with the simulator qualification process.

The spokesperson added: "These communications do not reflect the company we are and need to be, and they are completely unacceptable. That said, we remain confident in the regulatory process for qualifying these simulators.

Responses From US Lawmakers

Fresh outrage has come after the revelations, placing more pressure on Boeing CEO David Calhoun as he assumes his role in restoring confidence in the company brand.

Senator Roger Wicker, who is leading a key Senate probe into Boeing, said that the messages "raise questions about the efficacy of [the] FAA's oversight of the certification process".

House Transportation Committee chairman, Peter DeFazio, said the memos painted a "deeply disturbing picture of the lengths Boeing was apparently willing to go in order to evade scrutiny from regulators, flight crews, and the flying public" despite condemnation from its employees.

The disclosures come after a Lion Air plane crash in late October 2018 and an Ethiopian Airlines crash in March last year, killing a total of 346 passengers, which has widely been attributed to the plane's Manoeuvring Characteristics Augmentation System (MCAS). The planemaker has also been hit by a wave of employees blowing the whistle on internal problems with the company, in addition to fresh security concerns related to the 737 MAX, among others.

Currently, the US Justice Department is investigating criminal activity in the handling of the 737 MAX model by the company, among others, after countries around the world banned the plane from flying in mid-March of last year.