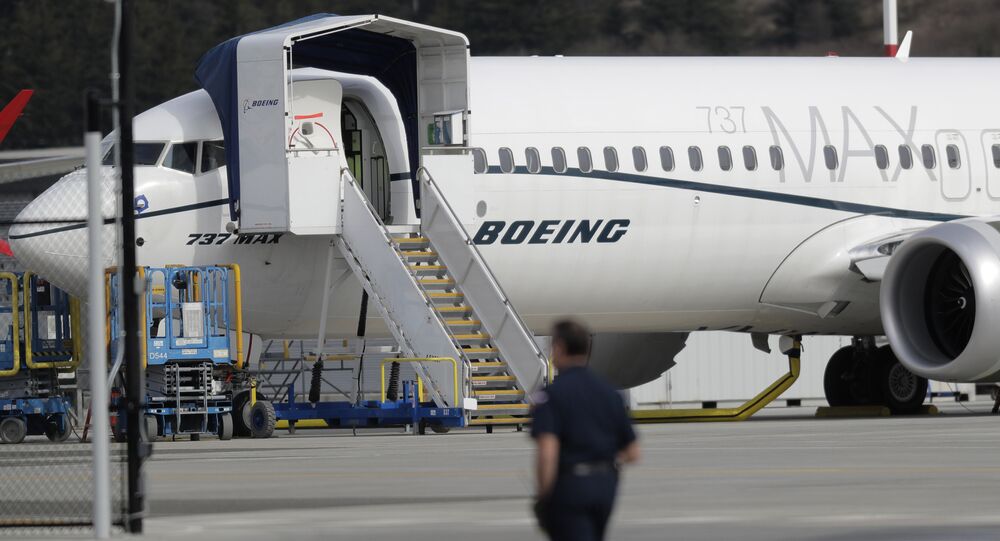 Mary Schiavo, the former inspector general at the US Department of Transportation, an aviation attorney and an aviation professor, told Radio Sputnik’s Loud & Clear Wednesday that congressional hearings have historically not resulted in changes to the US Federal Aviation Administration (FAA’s) policies.

On Tuesday, multiple FAA whistleblowers told the Senate Commerce Committee that safety inspectors at the FAA, including those involved in approving the use of the Boeing 737 MAX 8, did not have adequate training and certifications.

​The US government, as well as a number of other countries, issued an emergency order to ground all Boeing 737 MAX 8 and 737 MAX 9 series aircraft following the deadly crash of an Ethiopian Airlines 737 MAX 8 plane on March 10 that killed all 157 people aboard. This came in the wake of an October 2018 crash in Indonesia of a jet of the same model that left all 189 persons aboard dead.

Following the whistleblower complaints Tuesday, the Senate Commerce Committee decided to launch an investigation into the FAA's training and certification programs.

"In light of recent 737 crashes in Indonesia and Ethiopia, the committee is investigating any potential connection between inadequate training and certification of aviation safety inspectors who may have participated in the FSB [Flight Standardization Board] evaluation of the 737 MAX," Senator Roger Wicker (R-MS), chair of the committee, announced.

"As it has been for the last 20 to 25 years, there is a tendency for the industry to say that the FAA is doing a great job, and every time we do have a Senate or House hearing, the thing that happens is that the Senate and the House always believes the FAA. And so, whistleblowers are reluctant to come forward and to say what they know, because often their identity is not protected, and they suffer retaliation within the FAA and within the industry," Schiavo told host John Kiriakou.

"When a report is made within the Department of Transportation, the FAA really circles wagons around anyone in trouble. They are very secretive. And so when somebody reports a problem and the problem gets reported to the FAA, the FAA sets out to find out who reported the problem, and so whistleblowers simply don't have the protection they need inside or outside the government. We have had countless Senate and House hearings over the FAA's cozy relationship with the industry, with Boeing, [to no avail]," Schiavo continued.

A 2015 report by the Transportation Department's Office of Inspector General "expressed concern" over the FAA's Boeing certification processes.

"The Office of Inspector General issued a report back in 2015 saying that the FAA was not on top of these Boeing inspections. This report came out in 2015 and was not properly acted upon. Congress, [Capitol] Hill and the administration, in general, has to be willing to act on these reports. So, how did it not get acted upon? Well, that's the method of operation at the FAA for the last 30 years," Schiavo told Sputnik.

However, according to Schiavo, the FAA will only react to pressure from Congress, as legislators control the agency's funding.

"They [the FAA] have a special designation when requests come in from the Hill, they're called congressionals. The only way to get real change in the FAA is for the Hill to get tough with them. Congress, when they have these hearings, it can't just be a show and tell. Congress has the ability to earmark particular funds, to hold funds when people aren't performing as they should be… I think one of the things the investigation needs to look at is how many people at Boeing came straight from the FAA or came back from the FAA, and you will find that a lot of fairly high up people came from the FAA certification, and then performed Boeing's FAA certification function, and so they knew how to grease the skids," Schiavo said.

On March 29, US prosecutors subpoenaed former Boeing engineer Peter Lemme, requesting that he present documents, emails and other records related to the Boeing 737 MAX 8 before a grand jury in Washington, DC, on April 12.

"One of the simplest ways to prove [that the FAA didn't follow regulations] is the one that the Mueller investigation used — false statements to the government. What you have to show is that someone made a false certification to the government, in this case, for example, that they were ordered to falsely certify that they had run inspections… that's a crime," Schiavo explained.