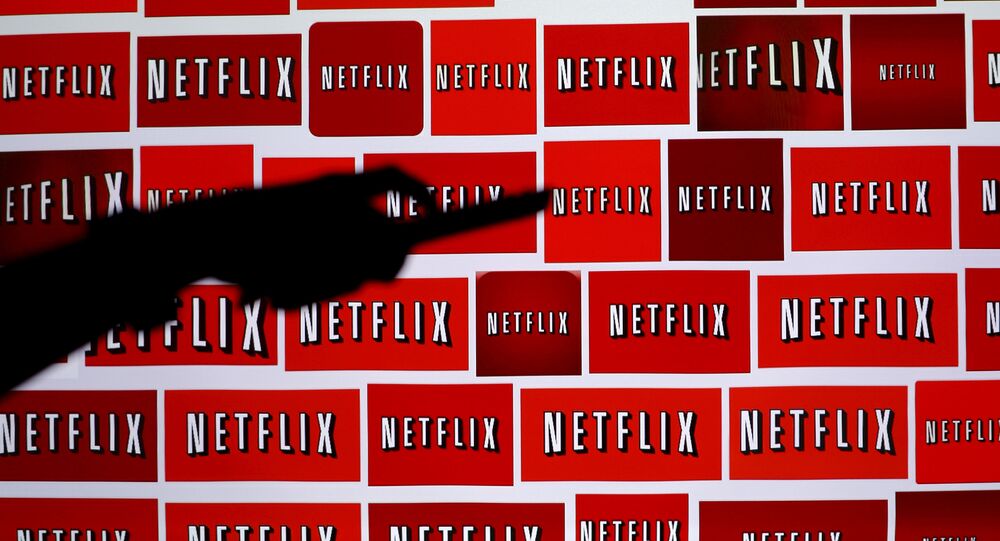 Netflix’s anticipated plans to offer a range of playback speeds for mobile viewers have received overwhelming pushback from Hollywood directors, actors and other creatives who say the streaming platform is contributing to the degradation of film and other similar artforms.

In a world of binge-watching and numerous streaming platforms, Netflix is constantly trying to maintain its subscriber base by appealing to their need for efficient content consumption. The media services provider’s recent tests of variable speed controls capable of speeding up or slowing down content (with sound), however, elicited a number of negative responses from the creatives both behind and in front of the camera.

The variable speed tests, first reported by Android Police on Monday and later confirmed by the streaming platform, toyed with the idea of allowing Netflix subscribers viewing movies or other content on their phones (or tablets) to slow the playback speed to 0.5X, 0.75X, or increase it to 1.25X or 1.5X.

While Netflix is no stranger to controversy and has previously received backlash for the rollout of features such as auto-play - which many argued was a snub to those listed in ending credits by skipping over them to a show’s next episode - just the idea of introducing something that would alter the intended speed of the content offered on the platform was enough to enrage Hollywood creatives and film lovers alike.

Filmmaker Judd Apatow, who directed movies such as “The 40-Year Old Virgin” and “Knocked Up,” appeared to not mince any words and openly addressed Netflix before the streaming company could confirm the initial reports of the trials.

No @Netflix no. Don’t make me have to call every director and show creator on Earth to fight you on this. Save me the time. I will win but it will take a ton of time. Don’t fuck with our timing. We give you nice things. Leave them as they were intended to be seen. https://t.co/xkprLM44oC

Apatow’s highlighting of the report was enough to provoke outrage from a number of other creatives and like-minded individuals.

Do “customers” want to eat or have sex 1.5x faster too? Are they right? Does everything have to be designed for the laziest and most tasteless?

The director, editor and performers work tirelessly to present their work a certain way. It then will get a public opinion which will be skewed if people are messing with how it's viewed. 'Man, Kubrick has no feeling in his movies. I felt nothing in the 60min 2001.'

This news feels like the logical extrapolation of constantly referring to art like film and TV as “content”, almost intentionally disassociating the idea of artistic intent from it.

Don't do this, Netflix.

Oh no this is horrendous for filmmakers.

However, netizens outside of the community were quick to clap back against those within Hollywood and offered a plethora of reasons as to why their outrage is odd and possibly misplaced.

Oh no, then Netflix will work like every video player ever. The humanity. Don’t get so hung up on how some people choose to experience a video. That way lies madness and Death of the Author is in full effect.

While I agree that an increased speed doesn’t suit everything, I don’t get the hate. There are definitely shows that I’d use this feature on: GBBO or Nailed It aren’t really timing sensitive. And it’s a useful accessibility feature, so that’s a win too. Don’t like don’t use.

People are seriously complaining about this??? If you don't like it, DON'T USE IT!

Or muting, and turning on subtitles? The sound engineer in sure would be pleased.

language being spoken and are new to being hearing impaired. Its not just about binge watching a show for all of us.

Read the article. It's just fast forward with sound (slow mo too).

DVD players and others have done this for years.

Not to mess with art, but for educational/informational films this could be great for me. I have an attention issue if something is to slow. Putting the speed at 1.5 or up to 2 helps me keep focused and absorb what they are saying easier. Its that or smoke,,, and forget some lol.

Chill out people. Fast forward and slow motion have been around since before VHS. They haven't destroyed the film & TV industries yet.

Despite the social media outrage and threats of litigation, Keela Robison, Netflix’s vice president of product innovation, did not cave to complaints, confirmed the playback tests and stood by her company’s possible upgrades while also acknowledging valid concerns.

“This is a mobile only test and gives people the ability to vary the speed at which they watch on phones or tablets – choosing from normal to slower (0.5X or 0.75X) or faster (1.25X and 1.5X),” Robison explained in a blog post on Netflix’s website. “It’s a feature that has long been available on DVD players – and has been frequently requested by our members. For example, people looking to rewatch their favorite scene or wanting to go slower because it’s a foreign language title.”

In addition to her media history note, Robison said that “we’ve been sensitive to creator concerns and haven’t included bigger screens, in particular TVs, in this test” and stressed that the playback feature has not been slated for release and would be optional at the end of the day.