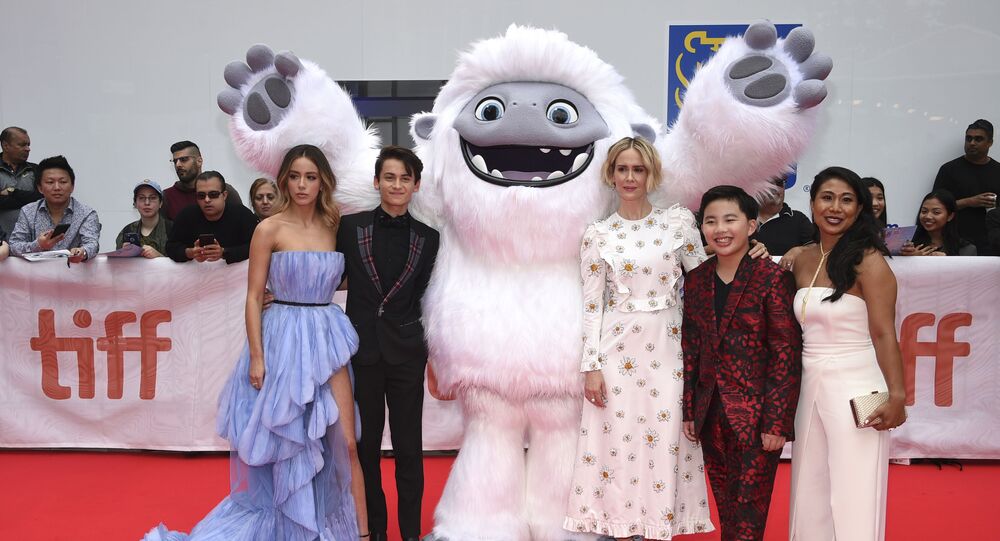 Authorities in Hanoi have yanked the license for the new animated film “Abominable,” due to a scene in which a map bearing Beijing’s Nine-Dash Line appears, which contradicts Vietnam’s territorial claims in the South China Sea.

“Abominable,” an animated film by DreamWorks Animation and Pearl Studio, will no longer be allowed to run in Vietnamese theaters following the discovery that multiple scenes in the film show a regional map that included China’s claim on 90% of the South China Sea, which partially contradicts Vietnam’s claims.

​The map appears on the wall of a CGV official, a Seoul-based cinema complex company that is one of Asia’s largest, several times throughout the film, clearly showing the “cow’s tongue line,” as the Nine-Dash Line is sometimes called, due to its shape.

The film, which aired in CGV’s theaters in Vietnam under the title “Everest: Tiny Snowman,” centers around the adventure of a teenage girl and her two friends who embark on a 2,000-mile journey across China to return a young Yeti, whom they name “Everest,” to his home in the Himalayas. It was co-produced by California-based DreamWorks Studios and Shanghai-based Pearl Studio. The Hollywood Reporter noted that Pearl is part of the China Medial Capital conglomerate, an entity partially owned by the Chinese government, which likely explains the prominence of the “cow’s tongue” on the map in the film.

CGV representative Hoang Hai confirmed to Vietnam Insider Monday that tickets were no longer being sold for the film, and that all trailers, information and showtimes had been removed from CGV’s page, as well as those of other cinema companies in Vietnam. Later Monday, CGV apologized to Vietnamese audiences for the mishap.

“As a publisher, CGV seriously acknowledges defects due to negligence during the film's release, realizing that this is a serious problem, CGV sincerely sends deep apologies to the Vietnamese audience and will comply with direction from state management agencies,” the press release stated, according to Thanh Nien.

Vietnam and China have overlapping claims in the South China Sea, along with several other nations. The sea only has tiny islets, several of which have been either heavily expanded or raised above high tide by Chinese engineers in recent years by dredging the seafloor. While several trillion dollars in international trade traverses the waters every year, the real prize lies below the seafloor: extensive untapped hydrocarbon reserves are believed to exist, although the area is not well explored.

This is the best map of territorial claims in the South China Sea I've seen. Source: https://t.co/SlNKkjZcLz pic.twitter.com/xzJlDxWjJ4

​The two socialist countries have repeatedly quarreled extensively over their competing claims, lodging complaints about each other. In the most recent incident in July, two Chinese science vessels conducted exploratory surveys of waters claimed by Vietnam.

The “Da Yang Hao” (Great Ocean), used for deep sea resource exploration, was dispatched by China’s Ministry of Natural Resources to the South China Sea in July, prompting complaints from Hanoi that the ship was violating its Exclusive Economic Zone, Sputnik reported. At the same time, the Chinese Haiyang Dizhi 8 (Marine Geology 8) sailed under armed escort to the Vietnam-claimed Vanguard Bank to conduct its own seismic survey.

At the Association of Southeast Asian Nations (ASEAN) summit last November, US Vice President Mike Pence made a major play to drive a wedge further between China and the ASEAN nations in an attempt to win them over to the US side and drive Beijing out of the South China Sea. However, immediately before the summit, Chinese Premier Li Kequiang announced Beijing’s intention to arrive at a draft Code of Conduct for the South China Sea in the next three years, saying the countries of the region could settle their own affairs without US interference.