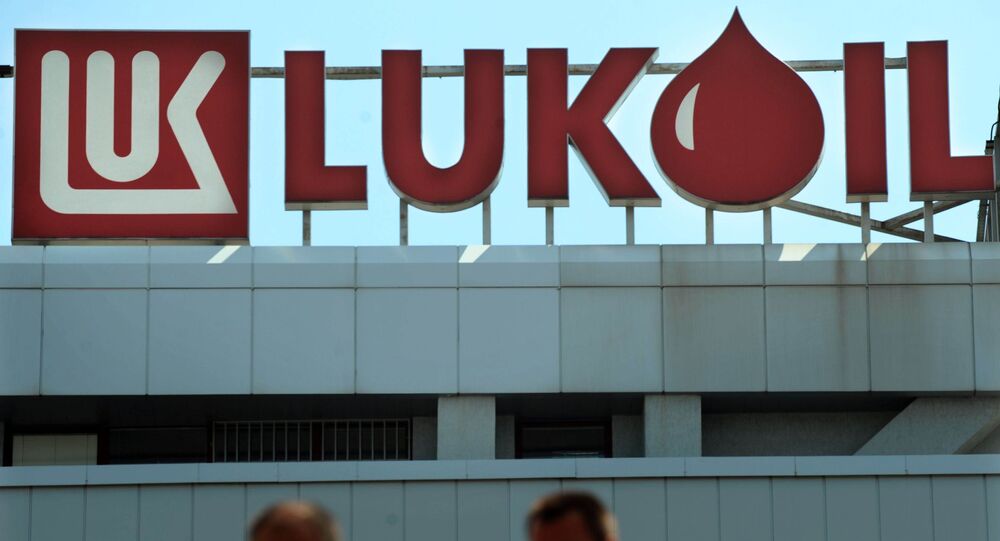 SOCHI, Russia (Sputnik) - Russia's Lukoil and Saudi Aramco are discussing opportunities for cooperation on the African continent and elsewhere, Vagit Alekperov, the president and CEO of the company, said on Wednesday.

"We are always discussing joint opportunities with them, and they are showing interest in other countries, in Africa, but for now, this is at the stage of research and talks", Alekperov said on the sidelines of Russia-Africa forum in Sochi.

When asked at what oil prices projects in Africa proved to be economically profitable, Alekperov said that they showed profit when oil was at around $60 per barrel.

"Currently, all of our economic indicators are being based on the $60 per barrel oil price, which includes inflation. [At this price] projects [in Africa] show positive economic [profits]", the Lukoil CEO said.

© REUTERS / Hamad I Mohammed
A Saudi Aramco employee sits in the area of its stand at the Middle East Petrotech 2016, an exhibition and conference for the refining and petrochemical industries, in Manama, Bahrain, September 27, 2016.

On Tuesday, the OPEC Reference Basket of crude oil, which calculates the average price of various crude oil prices from OPEC members, was $59.78.

"A number of memorandums of understanding ... to study new projects will be signed today", Vagit Alekperov, the president and CEO of the company, said on the sidelines of the forum.

According to him, "these are mostly projects linked to the shelf, plus, a number of African countries have asked us to study and comment on downstream".

"We say in memoramdums ... that the companies will do their utmost to study [the projects] and, if it is economically advantageous, will then be able to continue talks", Alekperov said.

The Rossiya Segodnya International Information Agency is an official media partner of the two-day forum, which opened on 23 October.