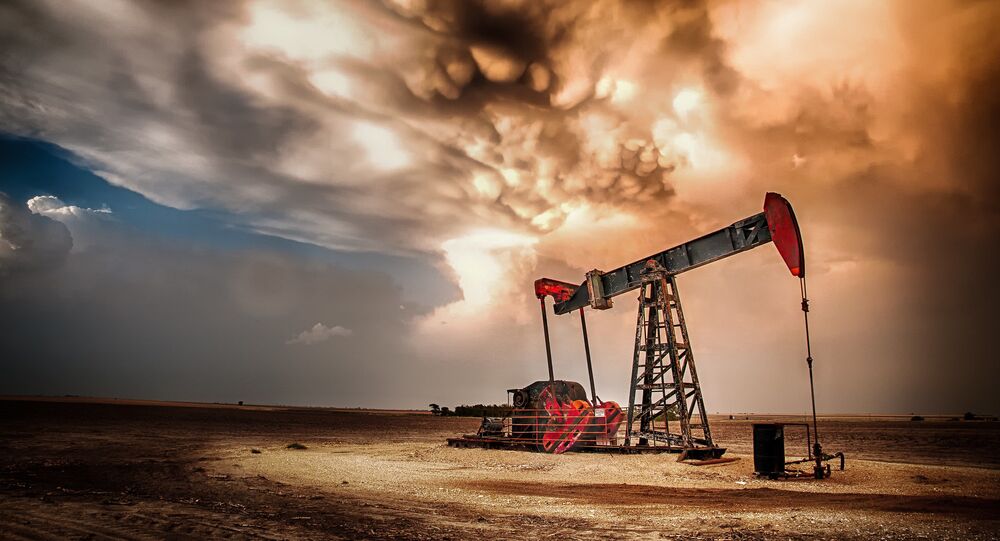 Brent crude futures increased 57 cents to $59.82 a barrel by Tuesday morning, while US West Texas Intermediate (WTI) grew 59 cents to stand at $54.66 a barrel.

The developments come as a Reuters survey found that output from the Organization of the Petroleum Exporting Countries (OPEC) fell to its lowest in eight years in September.

© AP Photo / Ronald Zak
Persons stand outside the headquarters of the Organization of the Petroleum Exporting Countries, OPEC, in Vienna, Austria, Saturday, Dec. 10, 2016

The world’s two largest oil producers, the United States and Russia have also reduced output over the past few months, sources said.

In a separate development in September, the Yemeni Houthi movement claimed responsibility for that month’s drone attack on Aramco oil facilities in Saudi Arabia.

The incident led to a cut in oil production totalling 5.7 million barrels per day, about half of Saudi Arabia’s daily oil output. The developments disrupted global oil production which in turn resulted in a short-term spike in world oil prices.

Oil Prices May Stand Stable Before the End of This Year

The Reuters survey indicated that oil prices are most likely to remain steady, with Brent and WTI expected to average $65.19 and $57.96 a barrel respectively in 2019.

Tamas Varga of London-based oil brokerage PVM has been quoted by Reuters as saying that “although oil has been given every opportunity to jump well above $70 per barrel due to geopolitical events, the fact that it did not is telling.”

“It suggests that the market is not concerned about eventual supply shortages but worried about global recession and possibly about a supply surplus next year,” he added.