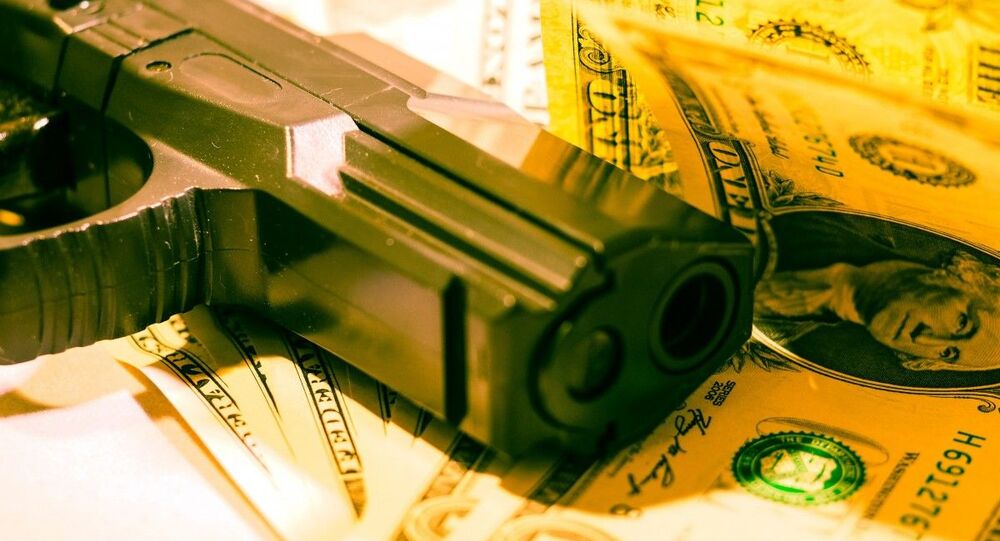 The remark comes a few weeks after Iranian Foreign Minister Mohammad Javad Zarif suggested that the US would lose much of its economic influence if countries around the world ditch the US dollar as the basis for their international trade.

Iranian Deputy Foreign Minister Abbas Araqchi has urged the international community to “confront this wrongful habit of the US to use the power of dollar as a weapon against independent countries”.

He made the statement on Thursday during an international conference in Vienna, where Araqchi also accused Washington of “economic terrorism” against Tehran and slammed “illegal and unilateral” US anti-Iranian sanctions.

The statement, which comes amid ever-increasing Tehran-Washington tensions, followed remarks by Iranian Foreign Minister Mohammad Javad Zarif who suggested earlier this month that much of the US’ economic clout would disappear if countries around the world were to ditch the dollar as the basis for their international trade.

“America’s power rests on the dollar; a great part of America’s economic power will go away if countries eliminate the dollar from their economic systems”, Zarif pointed out.

Zarif was echoed by Russian President Vladimir Putin, who told the St. Petersburg International Economic Forum (SPIEF) in early June that after becoming the global reserve currency, the dollar has turned into a “tool for the issuing country to put pressure on the rest of the world”.

“Countries that used to preach free trade with fair and open competition now use the language of trade war and sanctions; they use blatant economic raiding, intimidation, and any non-market methods to eliminate competition”, Putin stressed.

The past seven months have, meanwhile, seen the Iranian government clinch deals with its counterparts in Syria and South Korea to forgo the use of the US dollar in bilateral trade and instead switch to their respective national currencies.

This comes against the background of efforts by a number of other countries, including Russia, China, Turkey, India and Venezuela, to shift to national currencies in trade transactions due to the US-driven tariff and sanctions spree.

In a separate development, global central banks have stepped up their gold purchases, in what the World Gold Council believes is a sign that many countries want to hedge against a potential shift in the international monetary system.