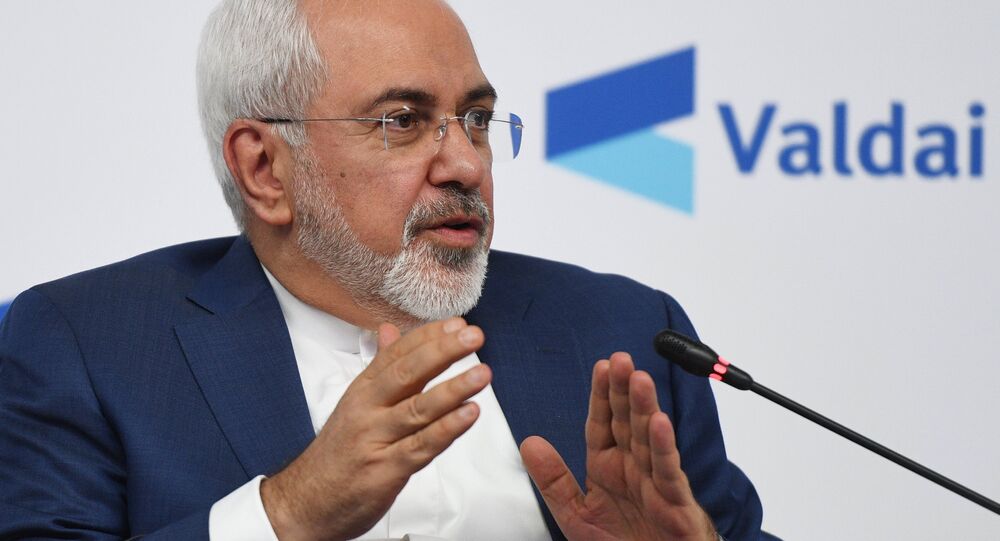 Tensions between the US and Iran have spiked dramatically following Thursday's downing of a US spy drone that Iran claimed was operating in its airspace.

Iran’s Foreign Minister Mohammad Javad Zarif pointed out Tuesday, as cited by IRIB news agency, that his country is not poised to pursue a nuclear arms programme  “because of our religious views”, unlike the US.

Zarif pointed to America having widely exploited its nuclear arsenal in the past, and specially brought up POTUS Donald Trump’s recent comments that he had called off a military strike on Iran because it would have otherwise killed 150 people.

"You were really worried about 150 people? How many people have you killed with a nuclear weapon? How many generations have you wiped out with these weapons?" Zarif asked rhetorically, in an apparent nod to the devastating atomic bombing of Hiroshima and Nagasaki in August 1945, which ended World War II.

A day earlier, on 24 June, Zarif lashed out at leaders in Israel, Saudi Arabia and the US, saying they “despise diplomacy and thirst for war” on the heels of a fresh round of US-imposed “major” sanctions targeting Iranian leaders and top-ranking officials.

last week, Iran reported  it had downed a US surveillance drone as it was moving over Hormozgan Province after it violated the country's airspace, with US Central Command responding  by denying the incident, arguing that the drone was taken down during the operations over international waters in the Strait of Hormuz.

The incident prompted Trump to declare he had called off a strike against Iran because he believed the projected casualty rate of 150 deaths was disproportionate to the US loss of a surveillance drone.

Tensions between the two countries have soured dramatically since Washington unilaterally withdrew from the P5+1 Iran nuclear deal in May 2018, citing Iran’s failure to comply with its terms, according to which world leaders maintained ties, including trade, with the Islamic Republic in exchange for scrapping of its nuclear weapons programme. Many European countries, as well as Russia, refused to condone Washington’s move, stating they intended to uphold their economic ties with Iran.