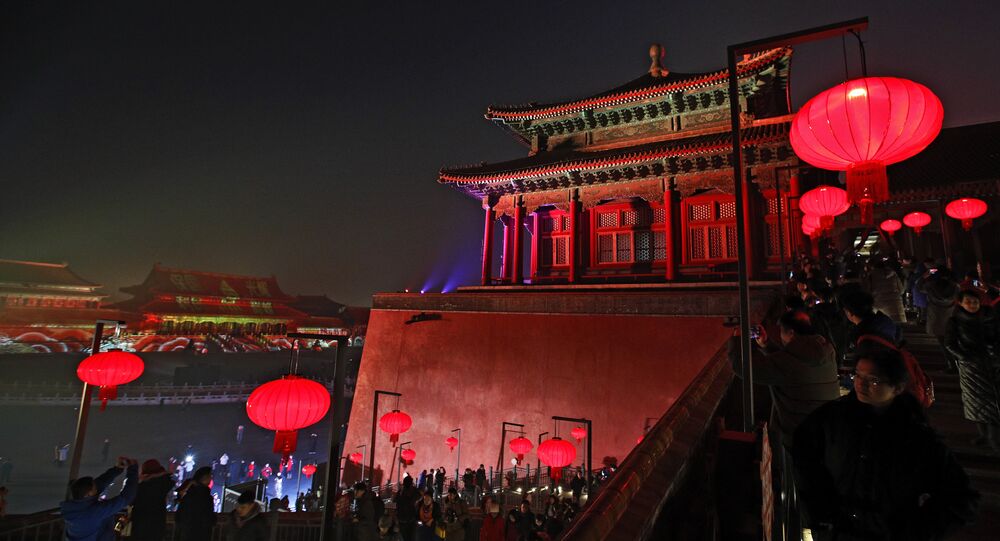 Last week's round of US-China trade negotiations failed to produce any results, with Washington subsequently introducing a new set of tariffs on Chinese goods. Beijing has already vowed to retaliate against Washington's Friday decision to impose 25 percent tariffs on $200 billion worth of Chinese goods.

The Chinese Foreign Ministry has stated that Beijing will not succumb to external pressure amid the trade war with the United States.

"China will never surrender to external pressure. We have the confidence and the ability to protect our lawful and legitimate rights", Foreign Ministry spokesman Geng Shuang said.

When asked to comment on Washington's threat to impose tariffs on all Chinese imports despite ongoing negotiations to ink a trade deal, the official refused to reveal what countermeasures Beijing planned to announce in response to the US tariff hike on $200 billion worth of Chinese goods imposed on Friday.

© AP Photo / Richard Drew
WH Adviser Kudlow: Americans Are Paying for Tariffs Trump Imposed on China
According to US President Donald Trump, Beijing should strike the deal with him now, or it could be "far worse" for China if the agreement is re-negotiated during his second presidential term.

The trade dispute between the two countries has been escalating for over a year, as both China and the US have repeatedly slapped billions of dollars' worth of retaliatory tariffs on each other.