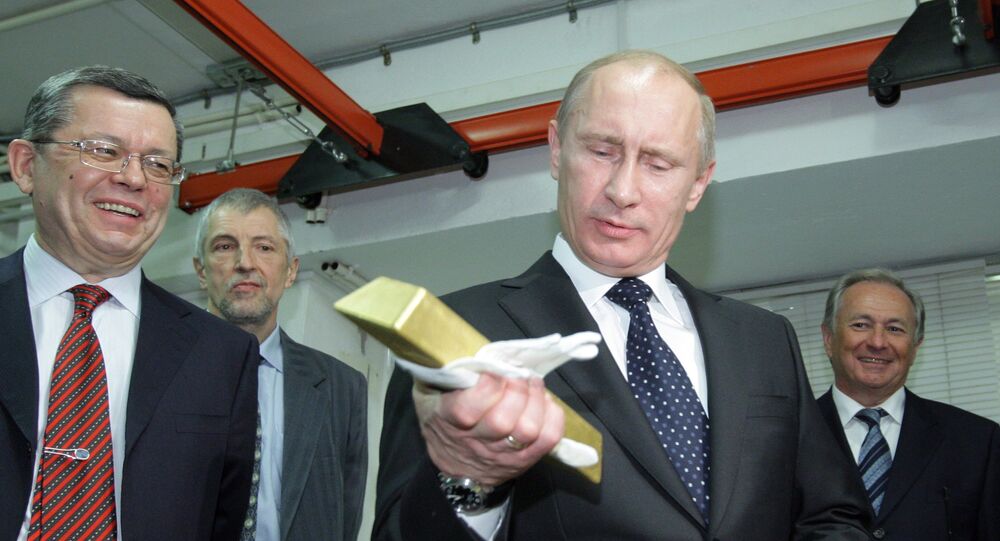 Moscow's sovereign gold stockpile jumped up to over 2,100 metric tonnes last year, with the country's status as a major gold producer allowing for reserves to be built up using domestically sourced bullion.

© Sputnik / Pavel Lisitsyn
Gold Russian': Why Moscow's Bullion Reserves Continue to Set Records
For Russia, Bloomberg suggested, the gold stockpile means safety "against geopolitical shocks and the threat of tougher US sanctions as relations between the two powers continue to deteriorate." However, with Russian gold mines' output topping out at about 300 tonnes per year, and the Central Bank buying up nearly 275 tonnes of that in 2018, Russia is on-course to making substantial purchases abroad, according to observers.

© Sputnik / Alexander Alpatkin
Bank of Russia Cashes in as Price of Its Recently Stockpiled Gold Skyrockets
And that strategy has already brought dividends, according to experts. Last month, economists estimated that the Russian Central Bank has already earned somewhere in the neighbourhood of $10 billion dollars thanks to rising prices for its gold holdings. Economist added, however, that the rising dollar value of the gold was just a bonus, since the Central Bank's main purpose was to diversify reserves and insure them against the threat of Western sanctions.
...
Reddit
Google+
Blogger
Pinterest
StumbleUpon
Telegram
WhatsApp
1571