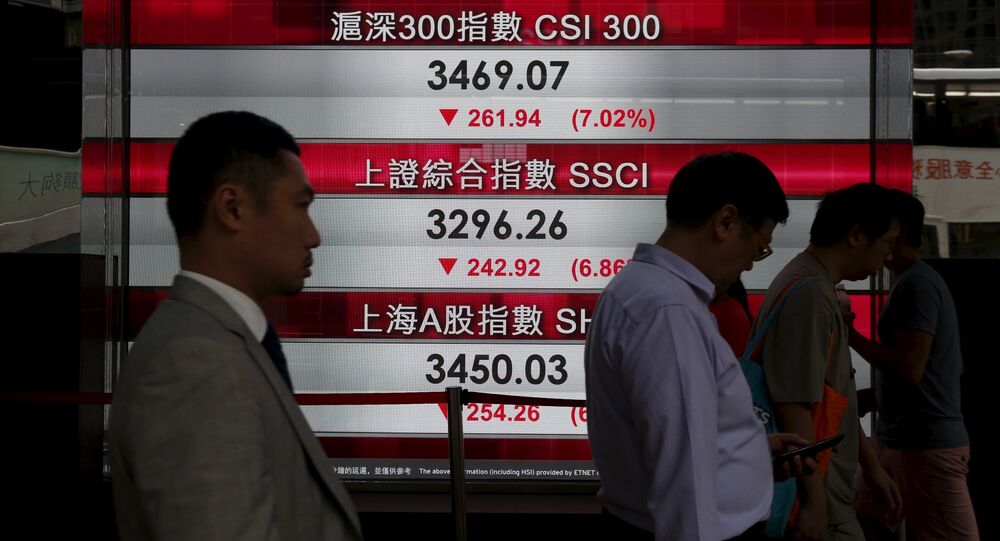 Indonesia, the Philippines, and several other Southeast-Asian economies are facing the threat of disinflation, weaker GDP growth, and a protracted stagnation due to disruptions in international trade and the ongoing realignment of global supply chains.

Kristian Rouz — Several Southeast Asian economies are facing a slowdown in inflation, weaker business investment, and a cooling in GDP growth amid the ongoing trade tensions between China and the US, as well as the upcoming elections.

Among other countries in the region, the Philippines and Indonesia are in focus, as some economists say these nations are exposed to the greatest risks of the growth-killing 'deflationary trap', similar to that faced by Japan in the 1990s and 2000s.

© CC0
Philippines Needs New Drivers to Modernize Economy
According to a new report from Japan's Nomura Bank, regional trade in Southeast Asia in set to decline to its lowest level since 2015, due to the side effects of disruptions in Sino-American trade, as well as a broader cooling in the global demand for manufactured goods and commodities.

Nomura experts said the economies affected by the looming GDP slowdown could include Hong Kong, Indonesia, Malaysia, the Philippines, Singapore, Taiwan, and Thailand. Some of these countries have prominent sources of growth and revenue outside the farming and manufacturing sectors, such as the massive financial hubs in Hong Kong and Singapore, or Thailand's tourism industry.

However, Indonesia and the Philippines lack such diversity in their sources of GDP expansion, economists at Bank of America Merryl Lynch said in a separate report.

"With a more favourable external backdrop and more dovish turn from other central banks, we think the Philippines and Indonesia could afford to cut rates," BofA's Mohamed Faiz Nagutha said. "But they won't be in a hurry, given growth is generally still firm."

Experts believe the exposure of regional economies to international risks has traditionally been elevated, but ongoing disruptions in global trade and a realignment in supply chains could be particularly painful in these two countries, due to their reliance on export-oriented industrial production.

"Exports by major Asian economies have been on a downward trend since they peaked at the end of 2017, and the deceleration became more rapid towards the end of last year. With the softening global demand and uncertainties related to the US-China trade dispute, this trend could continue, at least in the first half of 2019," Chen Dong from the financial services company Pictet Wealth Management said.

Recent macroeconomic data suggest that Malaysia already effectively faces deflation, and inflation in the majority of other regional economies is close to zero. This is not least due to the decline in food prices, as well as signs of industrial overcapacity coupled with weakening international demand.

© AFP 2021 / TED ALJIBE
Gas, Arms and Trade: New US Law is Military Tool to Encircle China – Activist
All this suggests that regional central banks could cut rates to boost domestic consumption and business activity in the hopes of reviving inflation and economic growth.

Over the past year, the central banks of Indonesia and the Philippines did quite the opposite, however, raising base borrowing costs by 1.75 percent each. Policy normalisation came during the period of solid economic expansion and uninterrupted exports, but the story appears to have all but changed by now.

Additionally, Indonesia, thee Philippines, and Thailand all have general elections coming up this year, and their respective national governments are seeking to boost economic sentiment ahead of the vote.

Low inflation, for the consumer means a lack of growth in prices. It provides a good way to make the sitting government look good, but in the longer run it's seen as harmful for GDP growth. Given all that, it is unclear whether central banks in these countries actually intend to alter or change their policy approach before the elections.

Nomura analysts say that in Indonesia, monetary authorities will likely remain 'cautious' with their policies, and will likely take a wait-and-see approach until the national currency stabilises after months of weakening. In Thailand, monetary easing is also unlikely, although the central bank is not expected to hike rates either.

It remains unclear, however, if the governments and central banks across Southeast Asia will provide a sound policy response to global challenges — although a potential US-Chinese trade deal could automatically cancel most risks that the region's economies are facing.

At Least 4 Dead, 6 Injured Due to Gas Pipeline Explosion in Iran - Reports