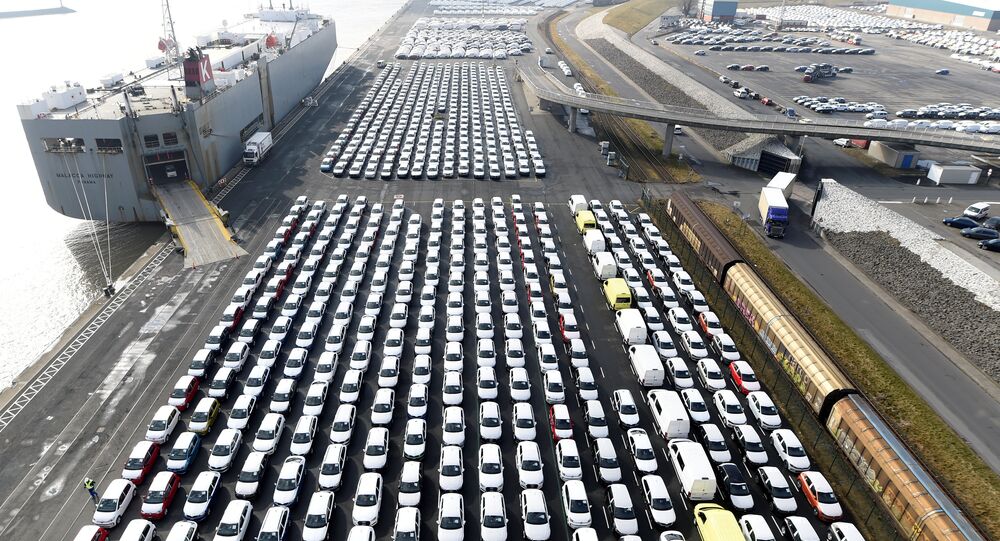 Volkswagen AG, along with two of the firm's subsidiaries and former CEO Martin Winterkorn, have been charged with defrauding US investors, the SEC said on Friday.

The US Securities and Exchange Commission (SEC) is suing German automaker Volkswagen for "massive fraud" over its diesel emissions scandal, the US watchdog said in a press statement on Friday.

The carmaker had "repeatedly lied to and misled United States investors, consumers, and regulators" the SEC said, adding that Volkswagen had issued more than $13b (£10b) in bonds and asset-backed securities in US markets whilst senior executives knew that over 500,000 of its US stocks "grossly exceeded legal vehicle emissions limits, exposing the company to massive financial and reputational harm."

"As we allege, Volkswagen hid its decade-long emissions scheme while it was selling billions of dollars of its bonds to investors at inflated prices."

Mr. Winterkorn resigned shortly after the scandal was revealed. The former CEO has been charged by US authorities for conspiring to cover up the scandal, but Germany does not extradite its citizens.

The German carmaker has been hit by a wave of challenges after the scandal first erupted in 2015, causing its shares to plummet roughly 40 percent shortly after. US president Donald Trump also mulled slapping the firm with tariffs in February, potentially costing the VW "billions of euros" a year, CEO Herman Diess told the Financial Times. India's National Green Tribunal (NGT) also slammed the car firm in January and slapped it with an interim fine of $14m (£10.6m), adding that failure to pay the penalty will lead to arrests of VW directors and seizure of the company's property.