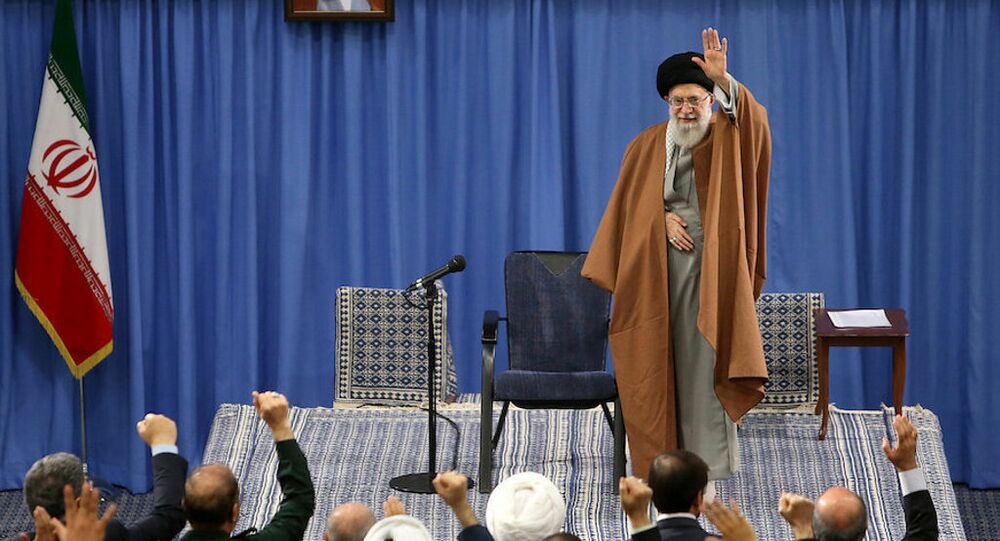 After a series of penalties were re-imposed on Iran following the US’ JCPOA pull-out, Washington started pushing Tehran for a new accord with a new set of conditions; however, other signatories to the deal, namely China, Russia, France, the UK, and Germany, have insisted that Tehran should stick to the agreement.

It has been revealed that Iran’s Supreme Leader Ayatollah Ali Khamenei advised the government last July not to rely on European efforts to protect Tehran against US sanctions, shortly after Washington pulled out of the landmark Iran nuclear deal on 8 May 2018 and reinstated sanctions on the Islamic Republic.

The now-released part of his speech demonstrated that while President Hassan Rouhani was trying to save the nuclear agreement with European powers, most of which stuck to the deal despite the US’ withdrawal, Khamenei didn’t hold very much optimism for the move.

The Europeans would naturally say that they are protecting Iranian interests with their package “but (the Iranian government) should not make this a main issue”, Khamenei’s official website quoted him as saying on Monday.

The comments were published a week after President Rouhani turned down  the resignation of Foreign Minister Mohammad Javad Zarif, the veteran diplomat who designed the 2015 nuclear deal, with the president stating that the move is “not in the interests of the Islamic Republic”.

According to Khamenei, the JCPOA deal could not resolve any of Iran’s economic woes. He claimed that the way proposed by the Europeans to shield business activity with Iran, going around the US sanctions, would be a poor solution, if one at all.

“(The Europeans) are bad. They are really bad. I have a lot to say about the Europeans; not because of their current policies, but their mischievous nature in the last few centuries”.

“Do not tie the Iranian economy to something that is out of our control”, he added.

Iranian politicians appear to be divided on certain issues, especially with regard to the Islamic Republic’s relations with the West. While Rouhani and his more or less moderate circle support the nuclear deal and strive for rapprochement with the US and its Western allies, there are hardliners who echo Khamenei’s rhetoric, denouncing any giving in to foreign pressure.

For instance, Khamenei warned the Iranian government last month not to buy Europeans’ “smiles”; while Zarif pointed out that the EU's current efforts are insufficient to maintain the Iranian nuclear deal. He also stressed that Tehran can't be the only side that's trying to keep the deal afloat.

On 8 May 2018, the United States announced its unilateral withdrawal from the Iran nuclear deal and sanctions being slapped on the country anew, as Washington expressed concerns over Iran going ahead with its nuclear programme. Later that year, two rounds of limitations came into effect with the aim of forcing Tehran to negotiate and reach a new accord. Washington's decision was not supported by other signatories to the deal — China, France, Germany, Iran, Russia, the United Kingdom, and the European Union — which insisted on Tehran’s compliance with the deal.