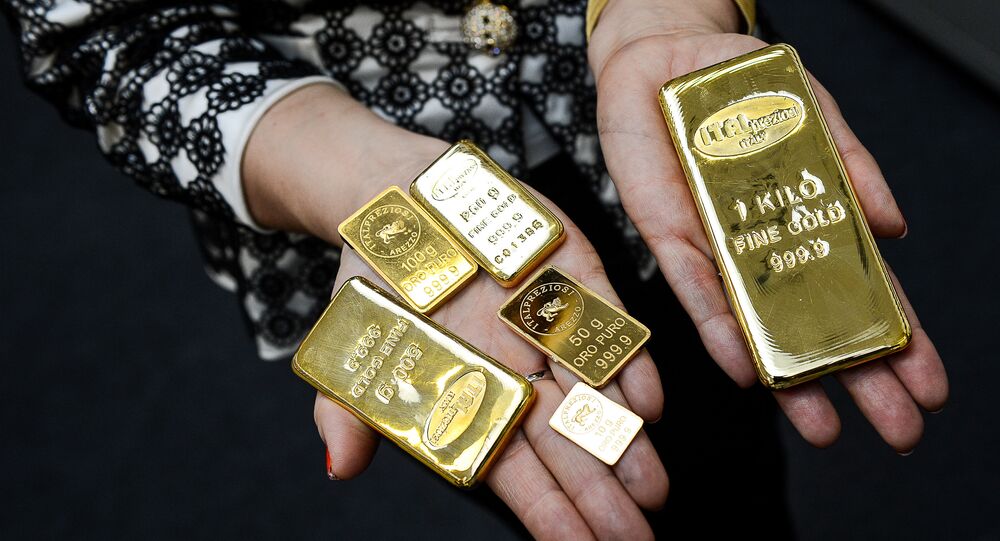 Earlier this week, Italian Deputy Prime Minister and Interior Minister Matteo Salvini called for the removal of the leadership of the Bank of Italy because they failed to prevent the country's banking crisis.

"The gold is the property of the Italian people, not of anyone else," Salvini underscored.

READ MORE: Salvini Says Italy's Deficit Will Grow in 2019, Even If Budget Rejected by EU

The comments came after he insisted that the management of the Bank of Italy should be "completely cleared out" because they failed to avert the country's banking crisis.

"We are here because those who should have supervised didn't supervise," Salvini said, adding that "fraudsters" who inflicted losses on Italian savers should "end up in prison for a long time".

Salvini said that he has not studied the option in detail yet, but added that "it may be an interesting idea".

Claudio Borghi, close economic adviser of Salvini, for his part, called for adopting a law which he said could ensure that the Italian state rather than the Bank of Italy should be recognised as the ultimate owner of the country's gold reserves.

"Nobody wants to sell the ingots, in fact, quite the opposite, we want to prevent others from having their hands on it," Borghi wrote in a Tweet.

© AFP 2021 / GABRIEL BOUYS
'He's In': Italy’s Interior Minister Salvini Joins Bannon’s Right-Wing Pan-European Group
The Bank of Italy, which is part of the European System of Central Banks, lost its exclusive antitrust authority in the credit sector in 2015, now sharing it with the Italian Competition Authority.

According to the World Gold Council, the Bank of Italy remains the world's third-largest holder of gold reserves behind the United States and Germany, owning 2,452 tonnes as of 2018.