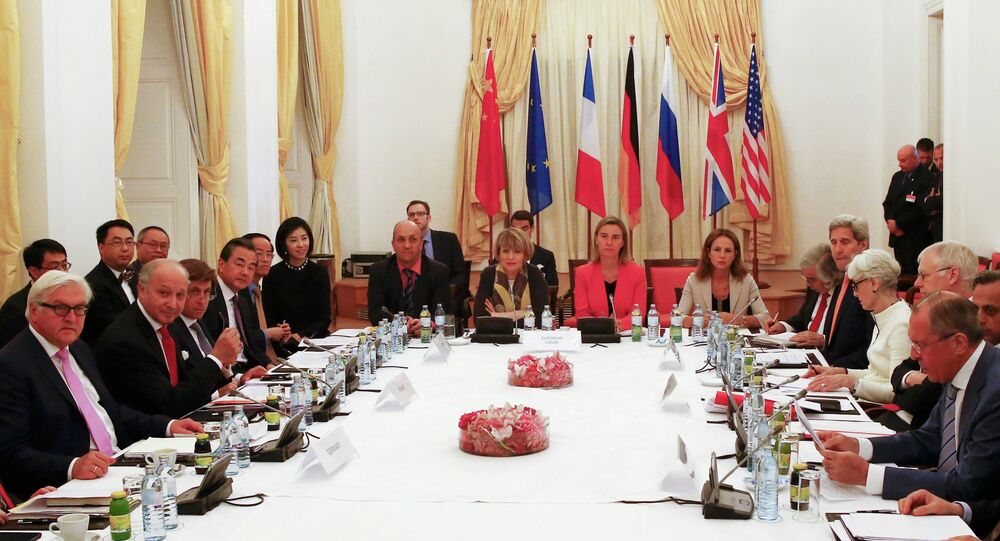 Three European countries – France, Germany, and the UK (officially shortened as E3) – have officially announced the creation of INSTEX, a special purpose vehicle (SPV) to allow them to bypass US sanctions on trade with Iran.

What is the new SPV?

The newly registered Special Purpose Vehicle, called INSTEX (short for Instrument for Supporting Trade Exchanges), is a payment mechanism that would allow European companies to trade with Iran without being hit by US sanctions.

"INSTEX will support legitimate European trade with Iran, focusing initially on the sectors most essential to the Iranian population — such as pharmaceutical, medical devices and agri-food goods", the official statement by the three founder countries reads.

In order to preserve the JCPOA (Iran Nuclear Deal), in 2018 the EU introduced updates to a 1996 Blocking Statue, designed to "counter the unlawful effects of sanctions which the USA imposed outside its borders ('extra-territorial sanctions') in relation to Cuba, Iran and Libya", a European Parliament memo says.

© AP Photo / Evan Vucci
While Trump is in Power, Iran Will Not Have Any Relations With US - Journalist
The Blocking Statute "allows EU economic operators to recover damages linked to the application of US extra-territorial sanctions, nullifies the effect in the EU of any foreign decision based on these sanctions, and prohibits EU persons from complying with the US extra-territorial sanctions, unless there is explicit authorisation from the Commission to do so".

Registration of the SPV is yet another element of the European effort to preserve the deal, according to the memo.

Iranian Deputy Foreign Minister Abbas Araghchi, commenting on INSTEX's registration noted that the SPV had been created "essentially for sanctioned goods — although [critics] say it was designed for nonsanctioned goods such as food and such things".

Why is it needed?

The SPV aims to preserve the Joint Comprehensive Plan of Action (JCPOA), also known as the Iran Nuclear Deal, signed by Iran, China, Russia, UK, Germany, France, the EU and the US. Later, US President Donald Trump announced Washington's unilateral withdrawal from the deal in 2018, and re-imposition of sanctions on Iran.

European companies willing to trade with Iran in sanctioned goods — such as hydrocarbons — without the SPV, will be affected by Washington's punitive measures.

The SPV will be headed by German national Per Fischer, a former Commerzbank director, according to Iranian news agency IRNA.

The supervisory board will be comprised of three diplomats: Miguel Berger of Germany, Maurice Gourdault-Montagne of France, and Simon McDonald of Britain, CNBC reports.

How will it work?

According to earlier reports, the SPV will act as a barter trade arrangement between the EU and Iran, with some form of virtual "credits" implemented as currency.

"The E3 are working closely to address all the technical and legal aspects required to make this vehicle operational. That includes work with Iran to establish necessary counterpart structures", Jeremy Hunt said.

© AP Photo / Raheb Homavandi
Europe Prepares to Help Trade With Iran Despite US Sanctions - Reports
Iranian Deputy Foreign Minister Abbas Araghchi also confirmed that for the trade scheme to work, Iran must establish a mirror company of its own, according to Reuters.

It is unclear when the trade transactions via the SPV would start. The technicalities are expected to take several more months to be worked out, Reuters says.

While initially the SPV was established to protect EU companies from US sanctions, the official statement says third-party countries will also be allowed access to the system.

"INSTEX aims in the long term to be open to economic operators from third countries who wish to trade with Iran and the E3 continue to explore how to achieve this objective".

The official statement explicitly admits it is unclear how exactly third parties will be allowed access, but this technicality is expected to be solved soon.

How it will be controlled?

© CC0
EU Profits From Trading With UK While London Loses Money – Political Campaigner
The new system will comply with all EU/UN standards of trade, including measures against money laundering and terrorism support, the official statement says.

"INSTEX will function under the highest international standards with regards to anti-money laundering, combating the financing of terrorism (AML/CFT) and EU and UN sanctions compliance. In this respect, the E3 expect Iran to swiftly implement all elements of its FATF action plan", the statement says, referring to the Financial Action Task Force, an international organisation that seeks to prevent financial wrongdoings.

Russia, China, the US and many EU nations are members of this organisation.

How did the US react?

On 31 January, a US State Department spokesperson also reiterated that "entities that continue to engage in sanctionable activity involving Iran risk severe consequences that could include losing access to the US financial system and the ability to do business with the United States or US companies".

© CC0 / Pixabay
Next US President May Be Interested in Reviving INF Treaty - Ex-US Official
The US State Department said it was "closely following" reports on the European mechanism for details about exactly what would be involved.

Earlier in January, an unnamed senior US administration official warned that Washington would slap fines and penalties on the EU should it try to circumvent sanctions against Iran.

The US will fully enforce its anti-Iranian sanctions and "hold anyone accountable for undermining them", the official said.

EU Special Mechanism Not to Impact US Maximum Pressure on Iran - State Dept.