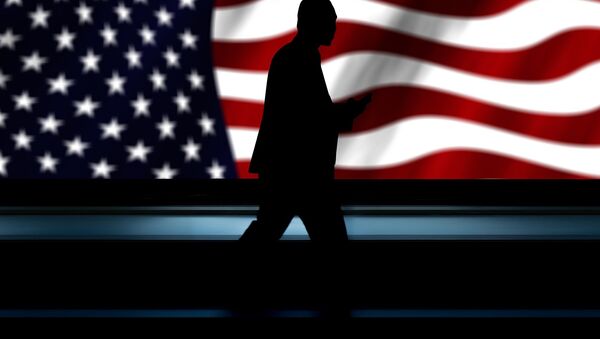 CC0 / Pixabay /
Subscribe
International
India
Africa
WASHINGTON (Sputnik) - The Trump administration is unlikely to revise the Intermediate-Range Nuclear Forces (INF) Treaty, but the next US administration may be interested in reviving the accord, US-Russia Foundation President and CEO Celeste Wallander told Sputnik.

However, Wallander said she would not rule out that the next US administration becomes interested to revive the INF Treaty accord — if Russia is serious about the value of the accord.

"First on the agenda would be Russia coming back into the compliance with the original terms of the INF Treaty," Wallander said. "I think it would be extremely difficult, but I would never say it was impossible."

Last October, US President Donald Trump announced his intention to withdraw from the INF Treaty due to alleged violations by Russia. In particular, US officials have voiced concern over Russia's 9M729 missile, which, according to Washington, violates the treaty’s provisions.

Russia to Express Concern Over US Arms Violating INF Treaty During Friday Talks
Russia has refuted allegations of being in breach of the agreement and complained that launchers on US defense systems in Europe are capable of firing cruise missiles at ranges banned by the INF Treaty.

On December 4, Secretary of State Mike Pompeo gave Russia two months to "return to compliance" with the INF Treaty or the United States would leave the accord on February 2.

Wallander said the INF Treaty was a very valuable accord in the interests of Russia and the United States.

Wallander expressed concern that Russia will find that there are less constraints on US military deployments globally.

"I am concerned that Russia will find that otter countries now will begin to wonder whether intermediate range forces are in their interests, and that I think is a net negative for strategic stability as Russia faces it," Wallander said. "I think Russians need to think seriously about greater transparency in discussions with multiple countries about the dangers of proliferation of this kind of weapons."

Russian MoD Shows Iskander-M Launchers With 9M729 Rockets Amid INF Row With US
Russia has repeatedly denied the accusations, arguing that the 9M729 missile does not violate the accord. While being repeatedly accused of a "lack of transparency" in the matter by the US and European allies, Moscow held a briefing to present the missile and clarify its characteristics.

On 31 January Russian Deputy Foreign Minister Sergei Ryabkov reaffirmed Moscow's intention to continue working toward a settlement on the disputed INF Treaty, adding that there was "no reaction whatsoever to our demands on US MK-41 universal launching systems already deployed in Romania and set to be deployed in Poland as part of Aegis Ashore complexes," which, Russia believes, contradict the Intermediate-Range Nuclear Forces (INF) Treaty.

The INF Treaty was signed in 1987 by then leader of the Soviet Union Mikhail Gorbachev and then US President Ronald Reagan. The two leaders agreed to destroy all cruise or ground-launched ballistic missiles with ranges between 500 and 5,500 kilometers (310 and 3,400 miles).