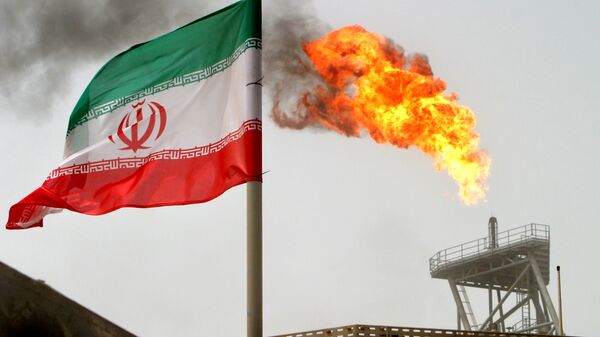 The UK, France and Germany are set to announce the establishment of a financial mechanism to help their businesses trade with Iran despite US sanctions, according to a draft document obtained by Bloomberg.

The announcement of a special purpose vehicle might happen as soon as Monday, two diplomats familiar with the matter told Bloomberg, asking not to be identified as last-minute negotiations on the wording of the EU statement are still on-going.

The mechanism comes as part of the EU’s effort to uphold the 2015 Joint Comprehensive Plan of Action (JCPOA). The countries that signed the JCPOA agreed to lift sanctions on Iran in exchange for the Islamic Republic keeping peaceful character of its nuclear programme. The US pulled out of the deal back in May, reimposing sanctions.

A draft of the EU statement, seen by Bloomberg, expresses support for the initiative by the UK, France and Germany, claiming it provides “a positive impact on trade and economic relations with Iran, but most importantly on the lives of Iranian people.” The statement is going to be discussed by EU governments on Monday and released after the approval of all 28 member states.

World
Iran Defies French Sanctions Threat, Accuses Paris of Destabilising Mideast
The mechanism is supposed to help protect European companies still planning to do business in Iran from US sanctions and is at the same time an effort to remove the EU from its dependency on dollar-based transactions, which dominate the international financial system.

The vehicle would, in theory, receive payments from companies that want to continue doing business with Iran, either by receiving waivers for oil imports or permissible trade in goods like food and medicine, avoiding direct transfers with the Islamic Republic. This exchange would allow, theoretically, allow European firms to get around US sanctions.

The Trump administration has previously stated that they are aiming to implement a “maximum pressure” campaign on Iran, yet it has given temporary waivers to China, India, Italy, Greece, Japan, South Korea, Taiwan, and Turkey, allowing them to buy Iranian crude in limited amounts for six months without being sanctioned. In December, the US Treasury’s top sanctions official Sigal Mandelker, said she’s not concerned “at all” that the European mechanism could sidestep sanctions.