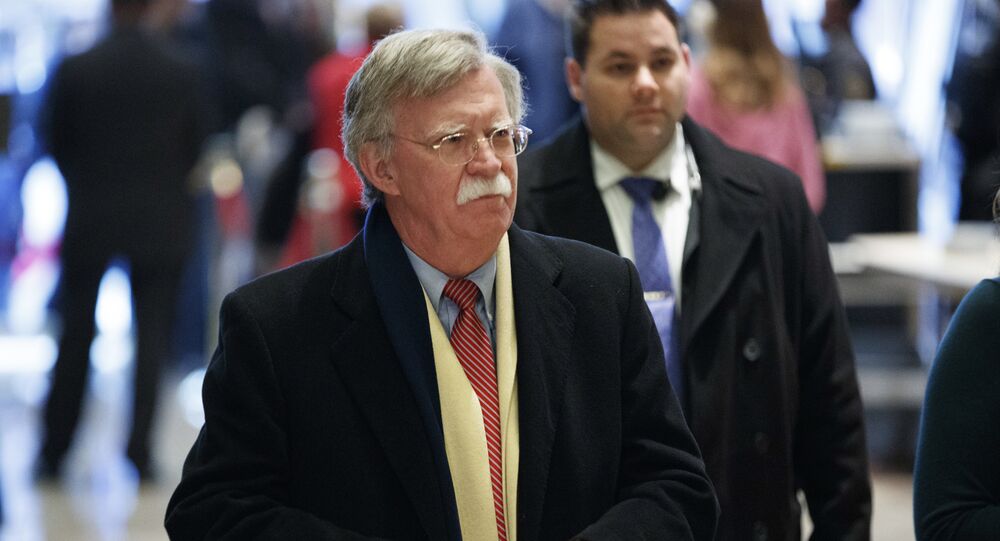 © Sputnik / Press Service of the Office of the Russian Security Council
Patrushev Meets With Bolton, Discuss INF Treaty Amid US Plans to Exit It
According to the senior US official, US sanctions against Iran are aimed at putting "maximum pressure on Tehran to change their behavior."

© Sputnik / Alexandr Vilf
Professor Warns New 'Nuclear Iron Curtain' May Be Created if INF Treaty Scrapped
On Saturday, President Trump announced that the US was considering withdrawing from the INF, a landmark 1987 arms treat aimed at reducing the danger of nuclear war in Europe. The announcement prompted Washington's European allies including Germany, France, Italy, and Spain to voice security concerns, with Russian officials warning that Moscow would do everything necessary to preserve strategic parity in case of a US exit from the treaty.