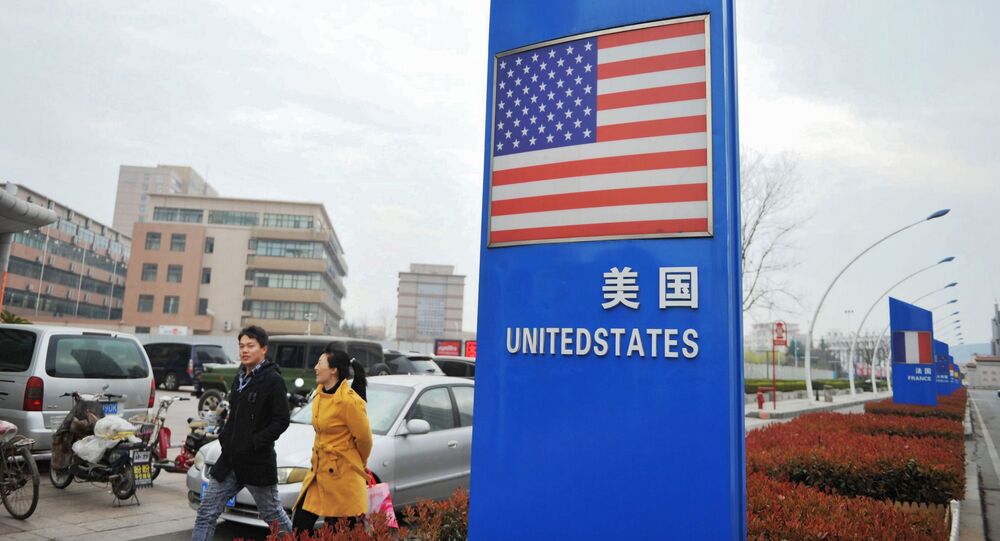 With tense trade disputes between Washington and Beijing showing no sign of ceasing, the Chinese Foreign Minister urged the US side to abandon the mindset of the "cold war and the outdated concept of risky activity."

The China Daily has quoted a number of Chinese experts as saying that Washington's decision to slap new tariffs on imports will most likely ride roughshod over the global trading system.

"It is a harmful stance for the US, because its businesses and consumers will suffer eventually. But given the amount of trade friction, the global trading system will be jeopardized if no compromise is reached," Lyu Xiang of the Beijing-based Institute of World Economics and Politics, pointed out.

He was echoed by Li Yong, a senior fellow with the China Association of International Trade, who expressed regret about the US government "going against its commitments to the World Trade Organization and now threatening the world over trade."

According to him, Washington's tariff-activity will almost certainly cause "the wrath of people" all across the world.

"Every country harbors aspirations to develop its own economy, but such aspirations should never be built on the basis of destroying the international order or harming the interests of other countries," Li emphasized.

The Chinese experts' remarks came after the US Chamber of Commerce warned of far-reaching consequences of Washington's push for introducing more tariffs.

"New tariffs on steel, aluminum and Chinese imports, as well as the potential for additional tariffs on autos and auto parts, have pushed us to the brink of a global trade war," the chamber stressed.

On Tuesday, the Chinese Foreign Ministry called on the US to stop putting pressure on Chinese companies and put more effort into building mutual trust.

© AP Photo / Saul Loeb
How US-China Dispute May Turn Into Trade War With No End in Sight
In May, the US proposed tariffs on $50 billion worth of Chinese goods under an intellectual property probe. China pledged to slap its own retaliatory tariffs on US goods, including soybeans and aircraft, if the US duties are imposed.

Commenting on the US decision, Beijing urged Washington to avoid excessive use of protectionist trade measures, with China Iron and Steel Association calling the US import tariff policy "foolish protectionist measures."

China Refuses to Bargain Away Trade Interests in Talks With US