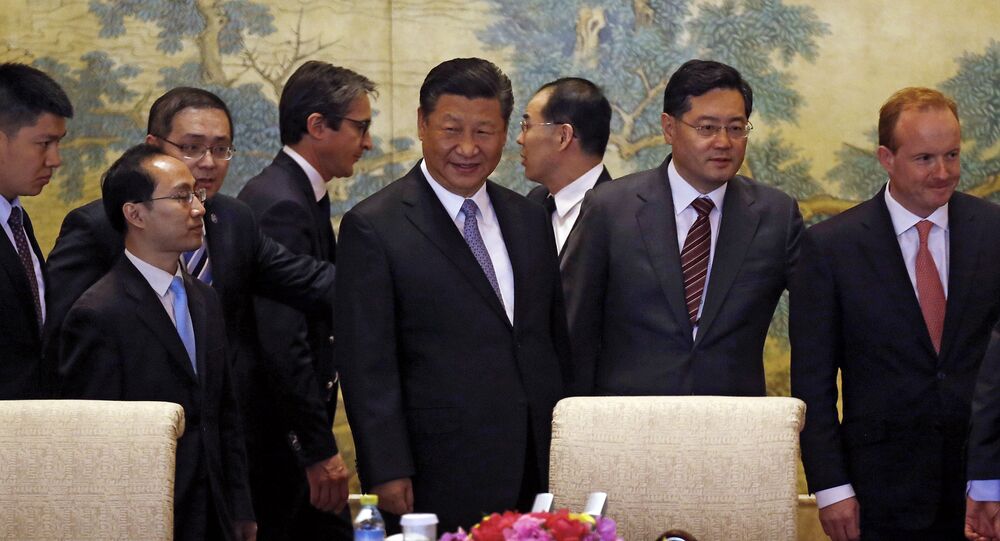 Beijing reportedly wants to stop moving towards a full-scale trade war with the United States. This comes amid growing fears that China could hit back at Donald Trump's proposed tariffs on Chinese goods by targeting US firms.

Beijing has no plans to hit back at US businesses operating in China amid the mounting trade dispute, believing that retaliatory measures are out of tune with its plans to attract foreign investments, the South China Morning Post (SCMP) said quoting two sources in the Chinese government.

"A big worry for China is that foreign investors are opting to leave the country," one source said. "The option of targeting US firms in China has never been on the cards."

© AP Photo / Andy Wong
Trump-China Trade War Likely to Hurt Most US Economic Sectors, Ex-EU Adviser Says
Fears that China might strike back at the US were raised last week when China’s Ministry of Commerce vowed to take “quantitative and qualitative” measures to respond to President Donald Trump’s threats to slap imports from China with new tariffs, which reignited the ongoing trade row. On June 19, President Trump said he was preparing another round of tariffs in retaliation for Beijing’s tit-for-tat response to unilateral US tariffs.

On June 15, Donald Trump announced that Washington would put a 25 percent tariff on $50 billion worth of imports from China in response to alleged intellectual property theft. The move came after several months of vigorous disputes and fruitless negotiations, which left the world’s two largest economies on the brink of a trade war. Earlier, Trump had also imposed metal duties on his closest allies such as Canada, Mexico and the EU, citing “national security concerns.”