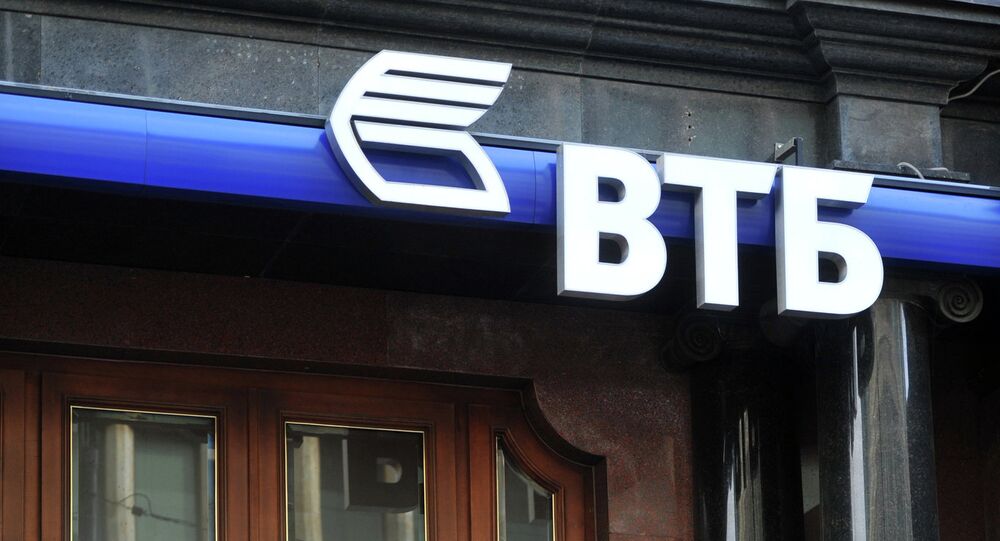 ST PETERSBURG (Sputnik) - US banks have not yet changed their attitude toward Russia's VTB bank after new anti-Russian sanctions and have not refused to work with the bank, VTB Chairman Andrey Kostin said Wednesday.

"US banks have not stopped working with us and have not changed their attitude yet, we do not see any tightening, because the bank itself is under sectoral sanctions, which provide for certain restrictions, but do not provide for more severe ones. I have friendly relations with leading US bankers, let's see how they behave in this situation, just a month has passed," Kostin said at the annual meeting of VTB shareholders.

© REUTERS / Maxim Zmeyev
Brexit Unlikely to Seriously Affect Activities of Russia's VTB Bank - President
"Businessmen do not see the need for sanctions, they are unhappy with sanctions, including in the United States," Kostin concluded.

Since 2014, VTB has been subject to US and EU sectoral sanctions, which limit the options and sources to attract loans. However, the opportunities for business with citizens and companies of these countries still remained, in contrast to the participants of the so-called "black list" (Specially Designated Nationals And Blocked Persons List, or SDN list), the inclusion in which means blocking assets and bans on any business with them.