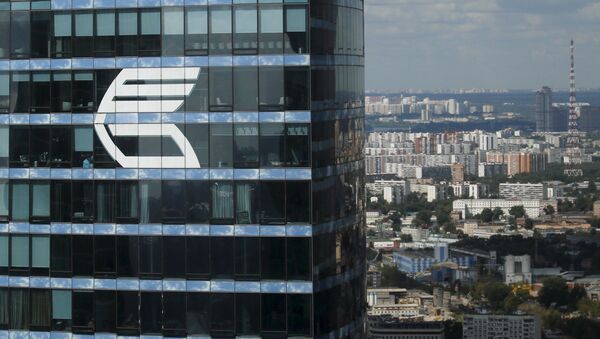 © REUTERS / Maxim Zmeyev
Subscribe
Russia's VTB Bank activity is unlikely to be significantly affected by the United Kingdom's withdrawal from the European Union as the business of its London branch is not focused on Europe, the president and chairman of bank's Management Board, said Monday.

VTB Bank Board Chair Denies Meetings, Discussions With Trump's Ex-Aides
MOSCOW (Sputnik) — In January, Kostin told Sputnik that the VTB Bank was carrying out consultations with the European Central Bank on merging its European offices into one branch, with headquarters in Frankfurt.

"Our business in London is not focusing on Europe, its main focus is on India and Africa. From this point of view, Brexit will not affect very much our business," Andrey Kostin told Bloomberg TV, answering the question about how many VTB Bank employees would have to move from London in case of the so-called hard Brexit scenario, implying no mutually beneficial EU-UK agreement.

The bank will rather have to strengthen its European infrastructure, such as its offices in the German city of Frankfurt and the Austrian capital of Vienna, because of Brexit, Kostin added.

"In my opinion, it is too early to say what will be the consequences for any business, financial business, because we do not know what Brexit means today, we are talking about different kinds of possible solutions," Kostin stressed.

On March 29, UK Prime Minister Theresa May triggered Article 50 of the Lisbon Treaty, outlining the country's exit from the European Union. Under the article, the process is to be concluded within two years from the withdrawal launch.

The United Kingdom is expected to hold a snap general election on June 8, with the Conservative Party headed by May leading in the polls. The Tories have repeatedly said that a hard Brexit is considered as an option in the process of the United Kingdom's withdrawal from the bloc.