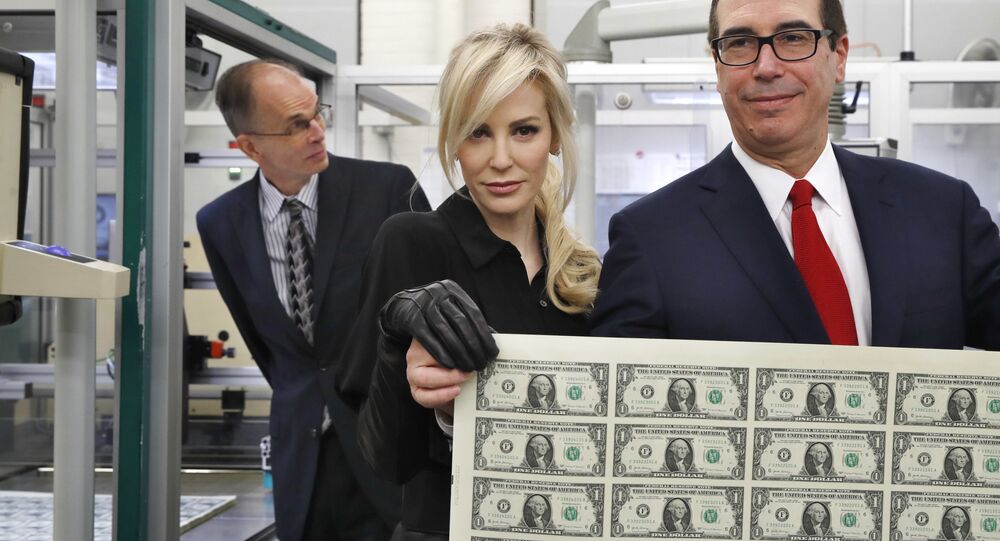 The US, the world’s leading debtor nation, has reached another questionable milestone in its seemingly headlong rush into economic oblivion.

US President Donald Trump in February signed a letter to end the suspension of debt-limits, which now permits unlimited borrowing until March 1, 2019, according to Marketwatch.com.

While a much wider US budget deficit is predicted by economists following the new December 2017 Trump tax cut, the rapid pace of large-scale borrowing has surprised many, as Washington's February $215 billion deficit is up 12 percent from the same month last year.

The unprecedented debt figure is only the beginning, claimed
Peter Peterson, an investment banker and former United States Secretary of Commerce under US President Richard Nixon.

"Our national debt reached a staggering $21 trillion today, having grown by $1 trillion in just the past six months," Peterson noted, according to the Washington Examiner.

"Worse yet, this unfortunate milestone has only just begun to include the effects of the recent fiscally irresponsible tax and spending legislation, which added more debt on top of an already unsustainable trajectory."