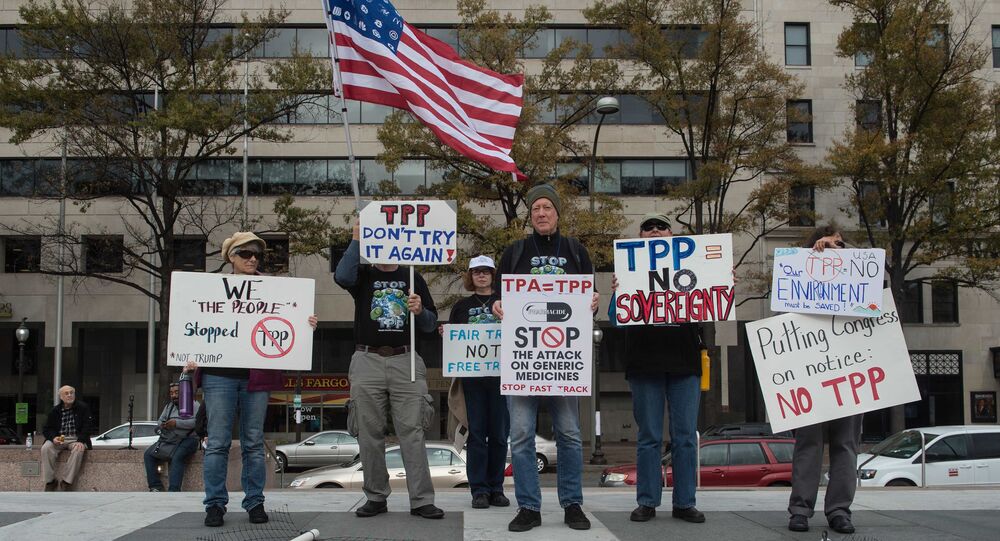 The agreement was signed after 11 TPP countries agreed to revive the free-trade deal which will be called the Comprehensive and Progressive Agreement for Trans-Pacific Partnership (CPTPP) in November 2017.

However, US President Donald Trump signed an executive order on the US withdrawal from the agreement as he believes the deal is against American national interests.

READ MORE: An 'Overlapping Noodle Bowl of Agreements' and TPP-II

Recently, Trump has softened its stance toward the agreement, saying that he might be open to the Trans-Pacific Partnership (TPP) trade agreement if there were substantial improvements made to the deal.

In November 2017, during the APEC summit in the Vietnamese resort of Danang, 11 TPP countries agreed to revive the free-trade deal which will be called the Comprehensive and Progressive Agreement for Trans-Pacific Partnership (CPTPP) and signed in March. However, it still needs to be finalized since the countries' ministers of trade announced a preliminary deal and there are some details to work out later.