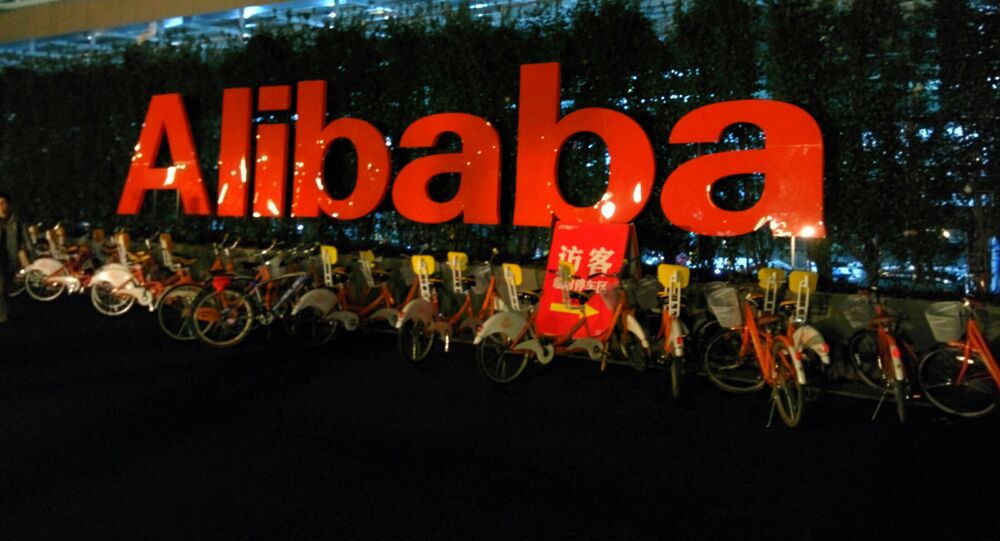 “Jack Ma is talking now on a geopolitical level of China’s relationship with the West, as his company was actually founded on international trade and he felt very inspired.

Of course, today the world is changing and we have been hearing of a more protectionist nature where there is a lot of blame game going on right now,” Clark said.

Talking about what he thinks is happening in Davos right now; the banker said that Davos is the “ultimate networking event” and it is ironic because some would argue that some of the world’s problems emerged in Davos.

“It is also interesting to see China being the voice on such issues like climate change so it is a very unusual event,” the banker said.

“Davos is looking for relevance in a very turbulent time, but there is some good stuff happening there too, such as the introduction of new drugs, vaccines being announced and so on.”

© AFP 2021 / FABRICE COFFRINI
Global Leaders to Discuss World’s Future, Populism Rise at Davos Economic Forum
According to Clark the forum is a platform where global initiatives are released but it also has attracted a lot of criticism for having imparted the current challenges that the world is facing at the moment.

Talking about the US President Donald Trump and his speech, which according to the banker was a “dark dystopian vision of the world and the US particularly,” the banker said that the speech was a bit of a shocker but it should be taken with a “pinch of salt.”

“It was not a bipartisan message at all, so there is a lot of shock but we will have to wait and see. There have been a lot of appointees to the new cabinet who are very engaged in globalization and trade and some have particularly strong views on China but otherwise we need to see how much of it is rhetoric and how much of it is the ultimate solution,” Clark told Sputnik.

© REUTERS / Ruben Sprich
Alibaba Founder Accuses US of Spending Trillions on War Instead of on Its People
Coming back to Jack Ma, the banker said that the Alibaba Group has created many jobs in China.

That is about 10 million people who have been put to work in China and in his meeting with then President-elect Donald Trump, Ma promised to create millions of jobs in the US as well.

“What he [Ma] was actually talking about was to stimulate the demands in China for products coming from the US and if that is successful then the farmers, small companies, manufacturers and even the big guys could benefit from this growing Chinese consumer boom,” Clark said.

However, according to the banker the big question remains as to whether Alibaba Group can open the Chinese market to Western suppliers in the same way.