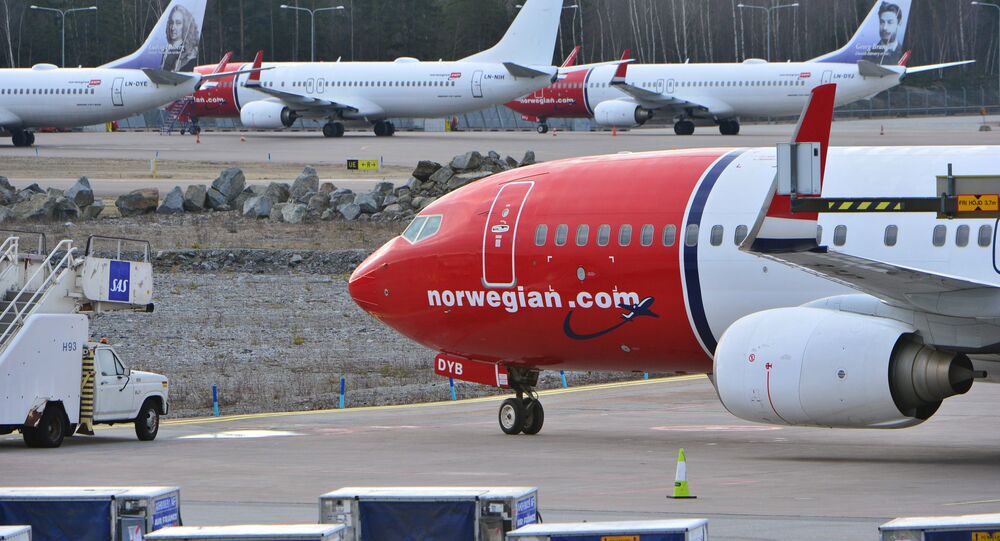 The Norwegian airline, which has big plans for the burgeoning Asian market, aims to generate thousands of new jobs, provided that it will be given permission to fly over Russia in order to reach destinations further east.

One employer, Norwegian Air Shuttle CEO Bjørn Kjos, accepted the challenge and promised to secure "thousands" of jobs, provided that he obtain help from the government to facilitate direct air traffic between Norway and the lucrative markets of Asia, specifically China, Japan and South Korea.

"We can carry huge passenger volumes to Norway if Norwegian is allowed to operate Asian routes on the same terms as our competitors. We may get a breakthrough here, and I can promise many new routes to Oslo. Given politicians' goodwill, we can provide thousands of new jobs in the Norwegian market. Millions of Asians will travel to Norway and Europe," Bjørn Kjos told Norwegian newspaper Aftenposten.

​According to a 1956 agreement between the Nordic countries and Russia, SAS is the only Scandinavian airline allowed to fly the shortest route to Asia over Russia, also called the "Siberian corridor." This agreement, which reflects the legacy of a more heavily regulated aviation industry with exclusive traffic rights, does not include Norwegian, which forces the airline to fly south of Russia to reach destinations in Asia.

"For us, it means a detour that involves five to six hours of additional flying time from cities in China," Kjos explained, arguing that direct routes may also give a boost to the Norwegian hospitality industry.

© AP Photo
Legendary Norwegian Polar Ship to Return Home After Being Icebound for 80 Years
According to the Menon Economics consultancy company, Norwegian flights of foreign tourists to Norway have created additional turnover for hotels, transport companies and shop owners totaling 11.8 billion NOK ($1.4bln). By conservative estimates, such revenues pave the way for the creation of 16,000 jobs.

Kjos pointed out that major airlines operating flights between Asia and Europe, such as Emirates Airways and Qatar Airways, are more interested in making tourists stop in their home countries and spend some of their holiday budgets there.

The Norwegian Transport Ministry has promised the Norwegian Airline all possible help, yet made it clear that it may take some time to strike the big deal with the Russians.

​Kristin Krohn Devold, CEO of the Norwegian Hospitality Association, pointed out a direct employment boost from new intercontinental routes, given the growing role of Asia and China in global tourism.

"Finnair meant a lot for Finland, as did Icelandair for Iceland," Krohn Devold said, arguing Norwegian could give Norway's economy a shot in the arm with direct flights from across the globe.

© Flickr / alexanderTIEDEMANN
A View to Die for: Thoughtless Selfie-Tourists Distress Norwegian Rescuers
According to her experience, car rental companies, restaurants, hotels and shops will all get their share of the profit. Many Norwegian municipalities are dependent on this revenue to make ends meet for rest of the year, which is why tourism is very important for employment across the Nordic country.

Norwegian Air Shuttle is the third-largest low-cost carrier in Europe. It focuses on providing frequent passenger service within Scandinavia and Finland; additionally, it provides service to various destinations across the globe. In 2015, Norwegian operated 110 aircraft and transported over 30 million people.

Russian Northern City of Murmansk Could Attract Skiers From Iceland