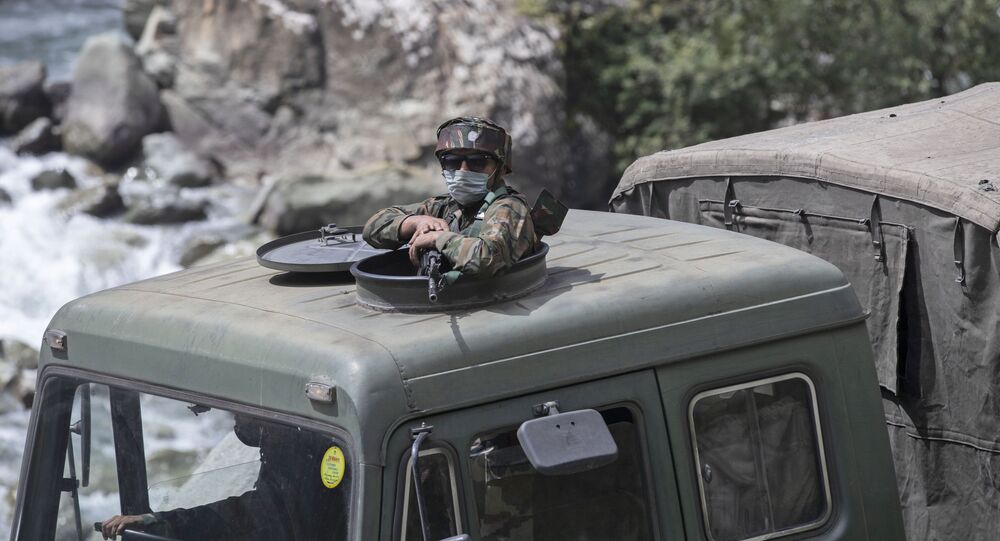 Islamabad has actively been encouraging third party mediation in resolving the decades-old Kashmir dispute with New Delhi, having raised the issue with Gulf States such as the United Arab Emirates (UAE) and Saudi Arabia. The UAE’s envoy to the US confirmed last month that Abu Dhabi played a role in brokering a ceasefire between India and Pakistan.

Pakistan's Foreign Minister Shah Mehmood Qureshi on Tuesday said that Islamabad would welcome third party mediation in Kashmir from Saudi Arabia or any other foreign power for that matter, as he accused India of always shying away from such a possibility.

"Pakistan would welcome third party facilitation for talks between India and Pakistan from Saudi Arabia or any other friend. It is India who shies away from third party mediation", Qureshi said at a press briefing in Islamabad.

The foreign minister’s remarks come after he, along with Prime Minister Imran Khan, concluded a state level visit to Saudi Arabia. Bilateral ties between the two predominantly Muslim countries have been tense since last year, with Islamabad often complaining of Riyadh’s wariness in taking up the Kashmir dispute with India despite repeated prodding by Prime Minister Imran Khan’s government.

Pakistan’s Foreign Minister Shah Mehmood Qureshi last year publicly called upon the Organisation of Islamic Cooperation (OIC) to convene a high-level meeting on Kashmir, in the wake of India’s decision to scrap the semi-autonomous status of Jammu and Kashmir in August 2019.

The 57-member OIC is headquartered in Jeddah and is often considered one of the most powerful voices in the Muslim world.

However, the recent three-day visit by Prime Minister Imran Khan to the Gulf monarchy, preceded by a visit from Pakistan’s Chief of Army Staff Qamar Javed Bajwa, is believed to have mended the ties between the two countries.

“During the meeting, it was agreed to further strengthen, deepen and diversify the existing bilateral political, economic, trade, defence and security ties”, a statement from Pakistan said after a meeting between Prime Minister Khan and Saudi Arabia’s Crown Prince and de-factor ruler Mohammed bin Salman.

Since New Delhi’s decision to change the constitutional status of Kashmir, a regional flashpoint disputed by Islamabad, Pakistan has been stepping up efforts to garner international support for what it describes as India’s “illegal moves” in the region.

During a visit to the United Arab Emirates (UAE) last month, Pakistani Foreign Minister Shah Mehmood Qureshi for the first time confirmed that Abu Dhabi had been mediating a truce between New Delhi and Islamabad. Incidentally, India's Foreign Minister Subrahmanyam Jaishankar was also on a separate bilateral visit to the UAE at the same time.

India, which has traditionally remained touchy about third party mediation in Kashmir, has remained tight-lipped over the matter.

New Delhi says that anything to do with Jammu and Kashmir is an “internal matter” of the government. The Kashmir region has been a disputed territory since the two nations gained independence from the UK in 1947.