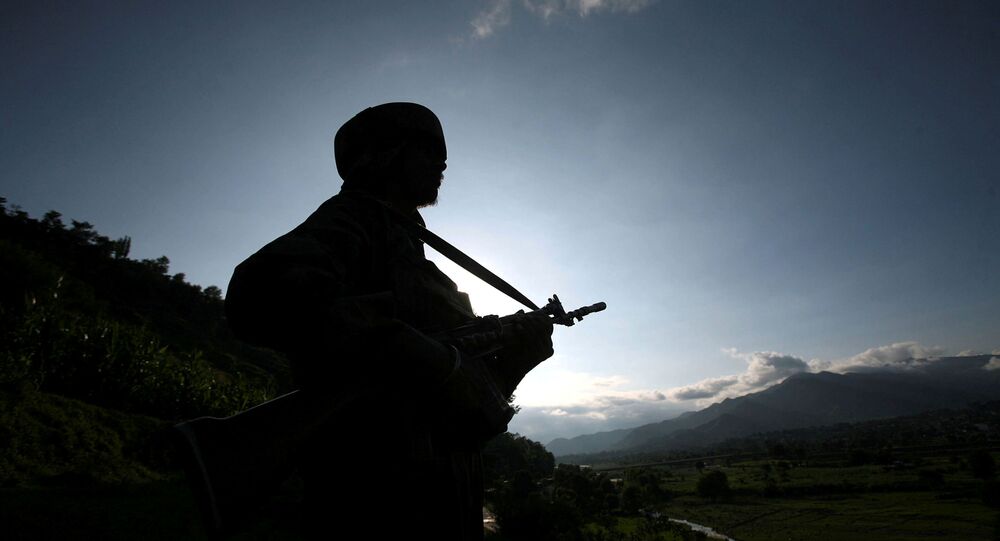 The 57-nation Organisation of Islamic Cooperation (OIC), which calls itself the "voice of the Muslim world", has been critical of the Modi government over New Delhi's policy on Kashmir and alleged rise of "Islamophobia" in the last six years. India has reacted sharply to the latest Pakistan-backed resolution on Kashmir, calling it "regrettable".

New Delhi shouldn't be bothered much about its "image" among Islamic countries just because of Pakistan's diametrically opposite positions on issues such as the Kashmir dispute, former Indian Ambassador to Saudi Arabia Talmiz Ahmed told Sputnik on Tuesday.

"Our relations with Saudi Arabia are independent of bilateral ties between Riyadh and Islamabad. The same goes for our relations with the United Arab Emirates (UAE), which doesn't view New Delhi from the prism of its ties with Pakistan", explains Ahmed, who has also served as New Delhi's envoy to Muscat and Abu Dhabi. The two Gulf monarchies are the most prominent backers of the Jeddah-headquartered organisation.

The Indian diplomat was commenting on a Kashmir-related resolution at the 47th OIC Council of Foreign Ministers (CFM) meeting held in Niamey, the capital city of the West African nation of Niger, on 27-28 November.

The "unanimous resolution" by 57 Muslim countries calls upon New Delhi to roll back last year's constitutional changes to the status of Jammu and Kashmir.

While the change in the constitutional status of Jammu and Kashmir wasn't on the original agenda of the OIC Council of Foreign Ministers (CFM) meeting, Islamabad is said to have moved a "unanimous" resolution condemning New Delhi at the end of the conference.

India rejected the OIC resolution, stating that the group didn't have any "locus standi" on the matter. In a strongly-worded statement on Sunday, New Delhi said it was regrettable that the grouping was allowing itself to be used for "anti-India propaganda".

Ahmed thinks that New Delhi shouldn't have even taken the time to issue such a "strong" statement against the resolution.

"A one-line statement by the MEA (Ministry of External Affairs) should have been enough, like we used to do back in 2001-02 during the tenure of former External Affairs Minister Jaswant Singh", recalls Ambassador Ahmed.

Not Much 'Diplomatic Weight'

Ahmed opines that resolutions passed by the OIC do not carry much "diplomatic weight" and are only used by countries passing them to fulfill their "domestic political agenda" against non-members.

"Even though Saudi Arabia tightly controls the organisation and the agenda of meetings, there is some leeway for member countries to pass resolutions against non-members", remarks Ahmed.

"It is a Faustian bargain of sorts. Through the OIC, Saudi Arabia can lay a claim to leadership of the Islamic world. In return, the member countries get to pass resolutions against non-members", he goes on to explain.

He reckoned that in the case of Pakistan's resolution on Kashmir, the Imran Khan administration was able to signal to its domestic constituency that it had put India in the dock internationally.

"However, the fact remains that the true position of Muslim countries on Kashmir is reflected in statements from the respective foreign ministry rather than the resolutions at OIC", the ex-diplomat notes, adding that New Delhi enjoys warm ties with both Abu Dhabi and Riyadh.

"Since Narendra Modi came to power in 2014, he has turned the tempo of India's ties with the Gulf countries in India's favour", he says, as he points towards the increased "frequency" of high-level visits between leaderships of India and the Gulf monarchies in the last six years.

India has been arguing that it is entitled to at least observer status within the OIC, if not full membership, due to its large Muslim population, which numbers nearly 200 million.

Indian representatives have been publicly invited to attend OIC proceedings on just two occasions since the group's founding, once during the inaugural conference in 1969 and more recently in 2019. Both times, Pakistan protested strongly at India's presence.

Last year, former External Affairs Minister Sushma Swaraj was invited as a guest of honour at the OIC plenary in Abu Dhabi.

"We have been trying to get into the OIC as an observer. However, Madam Sushma Swaraj's speech in Abu Dhabi was a one-off event, as it is difficult for secular countries like India to get into the predominantly Islamic bloc", stated Ahmed.

Forty-nine of the 57 member states constituting the OIC are countries with a Muslim-majority population.

India was formally proposed as an observer at the OIC plenary by Qatar in 2002, a resolution that was ultimately rejected due to Pakistan's reservations. The OIC hasn't admitted a new member since 2002.

The attack against India by Pakistan at the OIC is just the latest at a global forum over last year's parliamentary vote to revoke the semi-autonomous status of Jammu and Kashmir and split the state into the federally-administered union territories of Ladakh, and Jammu and Kashmir. The Kashmir region has been a disputed territory since the two nations gained independence from Britain in 1947.