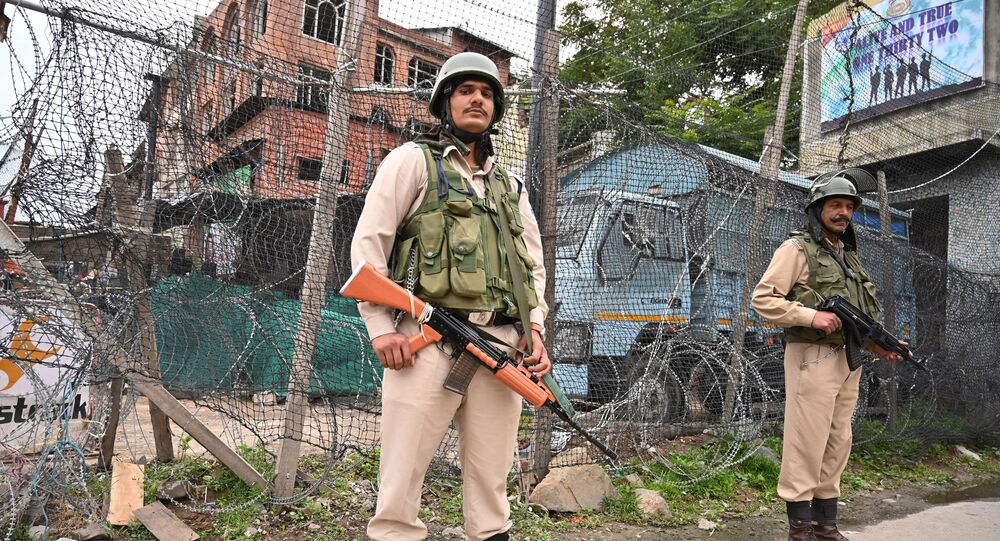 "I wish to request that you convene an urgent meeting of the UN Security Council […] to consider the situation arising from the recent aggressive actions by India which pose a threat to international peace and security, willfully undermine the internationally recognized disputed status of Jammu and Kashmir, unilaterally aim to alter the demographic structure of the territory, and violate fundamental human rights", the letter said on Tuesday.

Qureshi said that prior to the decision by India to revoke the special status of Jammu and Kashmir, an iron curtain had been imposed on the region accompanied by a curfew, a cut-off of all communication services, as well as numerous arrests of Kashmiri political leaders, closures of educational facilities and advice given to hospitals to "prepare for emergencies".

According to Qureshi, since 5 August, the occupied Jammu and Kashmir has seen additional human rights violations, including killings and injuries by Indian troops of scores of unarmed citizens who breached the curfew.

"There is, furthermore, a clear and present danger that India will provoke another conflict with Pakistan to divert attention from its recent actions in occupied Jammu and Kashmir", the letter said.

Pakistan has condemned India's move, with Prime Minister Imran Khan comparing it to acts carried out as part of 20th-century Nazi ideology.

India and Pakistan have contended for the Kashmir region, the southern part of which lies in India's Jammu and Kashmir state, since the end of British rule in 1947.

Despite a ceasefire in 2003 following several armed conflicts, instability has continued, leading to the emergence of various extremist groups. Tensions spiked earlier this year when the Indian military conducted airstrikes in the region in response to an attack orchestrated by a terrorist group based on the Pakistani side of Kashmir.