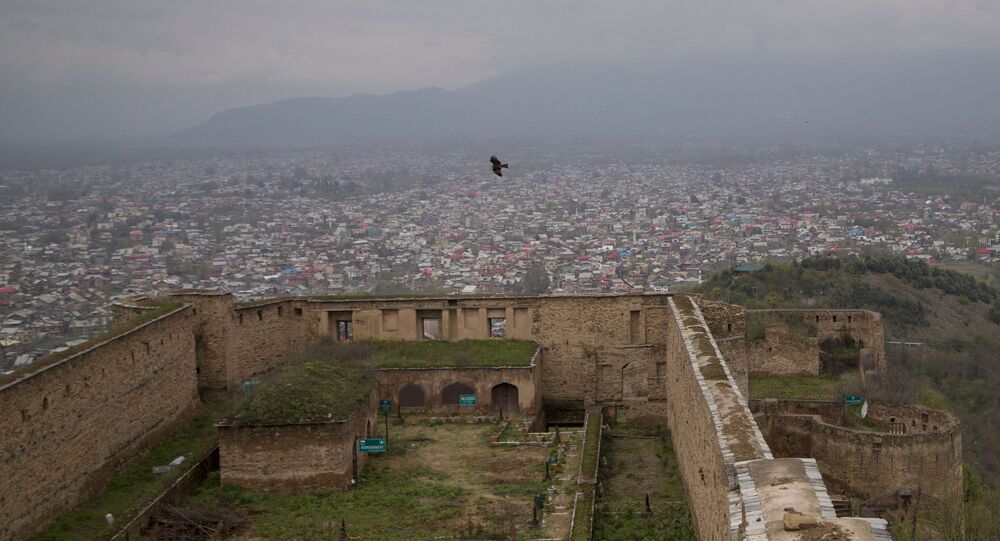 Pakistan is one of the founding members of the 57-nation Organisation of Islamic Countries (OIC), which has traditionally backed Islamabad on the Kashmir dispute. India, with one of the world’s largest Muslim populations, has also been demanding membership in the OIC.

Pakistan's Foreign Minister Shah Mahmood Qureshi has described the resolution developed by the Organisation of Islamic Cooperation (OIC) at the Council of Foreign Ministers' (CFM) meeting as a "triumph" for his country, Radio Pakistan reported.

Qureshi’s reported statement on Monday came a day after Islamabad announced that the 57-member OIC, the world's second-largest inter-governmental outfit after the United Nations, had passed a “unanimous resolution” questioning New Delhi’s decision last year to annul the semi-autonomous status of Jammu and Kashmir.

Pakistan’s Foreign Office claimed that the resolution, besides “condemning” India over their human rights’ record in Jammu and Kashmir, also called upon New Delhi to withdraw the new land ownership laws in Jammu and Kashmir which allows people from other parts of the country to own property in the region.

In a unanimously adopted resolution at 47th CFM, @OIC_OCI has:

- strongly condemned India for its state-sponsored terrorism against innocent Kashmiris;

- denounced use of pellet guns by Indian occ. troops in #IIOJK; 1/2 pic.twitter.com/hWlHIBzVHl

​The resolution on Jammu and Kashmir wasn’t on the original agenda of the foreign ministers’ meeting, as per a statement from the OIC at the start of two-day conference in Niamey, the capital of the sub-Saharan nation of Niger.

“In addition to the Palestinian cause, the fight against violence, extremism and terrorism, Islamophobia, the Council will discuss the situation of Muslim minorities and communities in non-member states, fundraising for the Rohingya case at the International Court of Justice (ICJ), as well as the promotion of dialogue among civilisations, cultures and religions, and other emerging matters,” read the OIC statement.

The resolution on Kashmir at the end of the meeting triggered a strong reaction from New Delhi, which stated that the OIC had no “locus standi” on the issue.

“It is regrettable that OIC continues to allow itself to be used by a certain country, which has an abominable record on religious tolerance, radicalism and persecution of minorities, to indulge in anti-India propaganda,” read a statement from India’s Ministry of External Affairs (MEA), in an apparent reference to Pakistan.

“We strongly advise the OIC to refrain from making such references in future,” it added.

In a landmark parliamentary vote, New Delhi last year scrapped Article 370 from Jammu and Kashmir and bifurcated the region into two federally-administered Union Territories -- Ladkadh, and Jammu and Kashmir. New Delhi’s move has been opposed by neighbours Pakistan and China, which also control parts of the region.