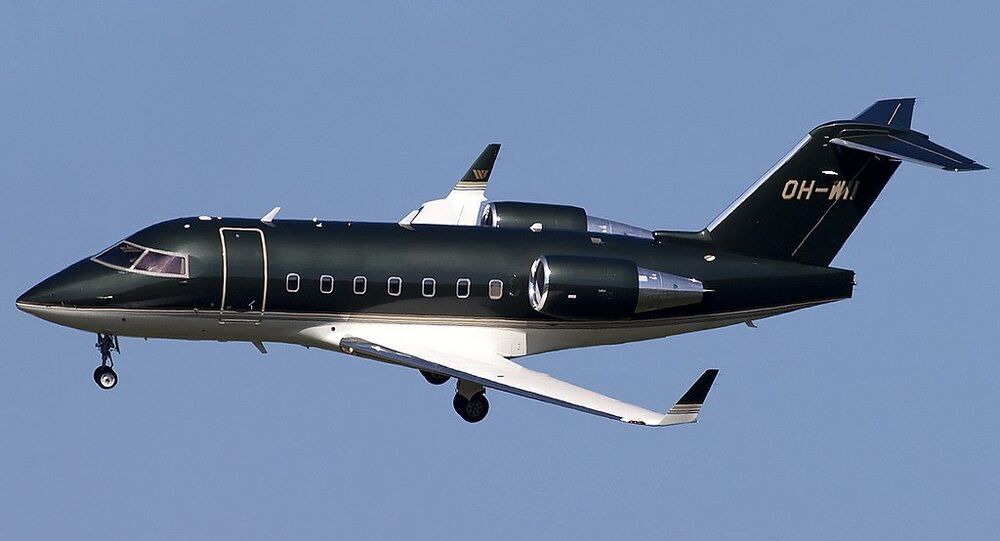 Where it was previously known to be flying spy planes near China disguised as civilian aircraft, now the US military has been revealed to be contracting civilian firms to fly spy missions for them in the region. The US has dispatched three such planes to the western Pacific in recent months, according to a new think tank report.

Beginning in March of this year, the US has used several civilian aircraft modified for military purposes to monitor the South and East China Seas, the Yellow Sea and the Taiwan Strait, according to a report by the South China Sea Probing Initiative (SCSPI), a Chinese think tank connected to the University of Peking.

The think tank has previously catalogued extensive US spy plane flights in the region, including the questionable use of alternative International Civil Aviation Organization hex codes that make them seem to be civilian aircraft as they fly close to Chinese airspace. However, the academics believe that rather than raise tensions further, using actual civilian contractors could instead lower the risk of a major incident.

“Compared with the air reconnaissance capabilities of the US Navy and Air Force, the reconnaissance aircraft of private defense companies have greater flexibility in dealing with ‘gray area’ issues, reducing the diplomatic pressure caused by direct military confrontation,” SCSPI wrote.

That said, they also evaluate the use of civilian reconnaissance planes as showing a shortage of aircraft to fill the Pentagon’s intelligence needs in the region. Sputnik has previously reported how the P-8A Poseidon maritime patrol aircraft flown daily across the South China Sea have begun experiencing engine problems that likely derive from overuse.

The US is contracting out civilian reconnaissance aircraft to fly missions in the South & East #China Seas & Yellow Sea, including a Bombardier CL-604; Bombardier CL-650 (ARTEMIS program); and a Beechcraft 350 👀👀 pic.twitter.com/Lr6ayqBtQm

One aircraft is a Bombardier Challenger (CL-604) maritime surveillance aircraft operated by Tenax Aerospace Corporation. SCSPI describes the CL-604 as “a simplified version” of the Poseidon, which is adapted from a Boeing 737 airliner. According to SCSPI, the CL-604 arrived at Kadena Air Base on Okinawa, Japan, on March 31.

However, unlike the larger Poseidon, the CL-604 has no ability to refuel in mid-flight, which limits its ability to loiter over an area for a long period of time. While the aircraft has flown 139 sorties over the East China Sea and Yellow Sea since March, it has ventured into the further South China Sea just 17 times in that time, stopping over at Clark Air Base on Luzon, the Philippines, to refuel, SCSPI noted.

The plane has its advantages, too: the think tank notes its ability to easily dip below 1,000 feet in altitude enables it to engage in “high-intensity reconnaissance” close to the Chinese coastline. The plane’s routine flights up the East China Sea into the Yellow Sea take it just a few dozen miles from Chinese waters outside Shanghai, for example.

​Another type of aircraft to appear on Okinawa has been the Bombardier Challenger 650 (CL-650), two of which arrived at Kadena on July 29 and are also operated by Tenax.

According to The Aviationist, the two modified small passenger jets are the US Army’s first-ever manned aerial intelligence, surveillance and reconnaissance (ISR) aircraft - a job typically left to drones. These modified planes are called Airborne Reconnaissance and Targeting Multi-Mission Intelligence System (ARTEMIS), not to be confused with the NASA manned moon mission of the same name.

​ARTEMIS carries the High-Accuracy Detection and Exploitation System (HADES), which according to Forbes, uses powerful “deep sensing” radars to track individual targets on the ground from hundreds of miles away, which can be used by the Army for long-range targeting with missiles or artillery.

However, after a short stay in the Indo-Pacific, one of the ARTEMIS planes was sent instead to Constanta, Romania, where it began flying spy missions across the Black Sea and over Georgia in September.

The third aircraft noted by SCSPI is a Beechcraft 350 low-altitude reconnaissance aircraft owned by Mater Special Aerospace Corporation, a civilian contractor that provides signals intelligence and reconnaissance for US Special Operations Command.

Flying spy planes operated by civilian defense contractors isn’t new for the Pentagon: in the skies over Somalia, L3Harris Technologies and AEVEX Aerospace have flown a De Havilland Canada Dash 8 aircraft and Gulfstream business jet, both modified to spot al-Shabaab targets for US Africa Command.