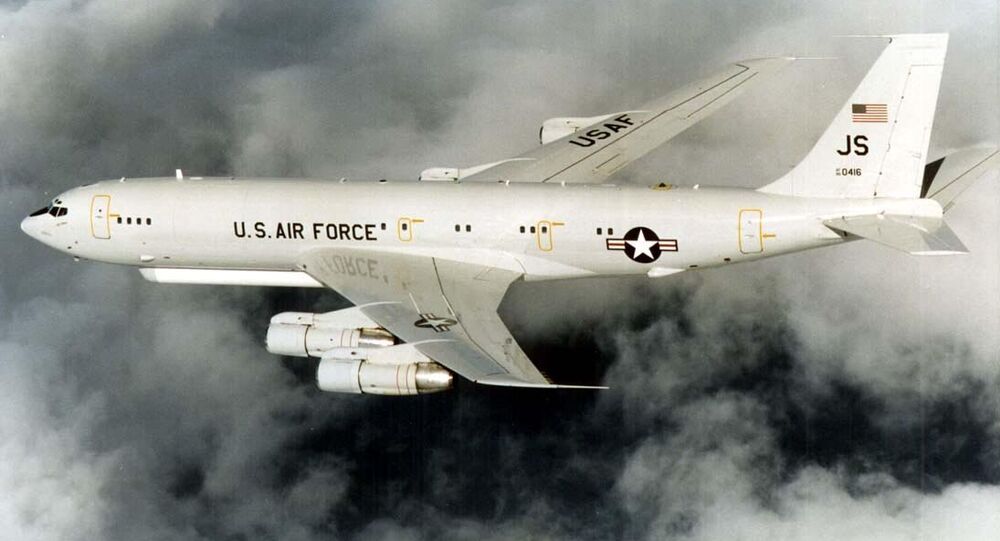 In light of increased attention being brought on the activities of US spy planes near China, Beijing has accused the US of disguising them as civilian airliners more than 100 times in 2020 alone, calling the practice a “serious security threat” and warning it poses a danger to actual civilian aircraft.

Several times over the last few weeks, observers have noticed US intelligence aircraft seeming to “disappear” in mid-flight on international flight-tracking programs, only to be replaced by what seems to be a civilian aircraft broadcasting what turns out to be a fake transponder code. These “civilian” aircraft then fly typical spy plane routes, patrolling intensively over an area for several hours, before mysteriously turning back into US spy planes on their return flights.

On September 16, a Chinese government official confirmed those suspicions, saying the US has made the practice routine over the last year.

“It is the old trick of the US military to use a transponder code to impersonate civil aircraft of other countries,” Chinese Foreign Ministry spokesperson Wang Wenbin told reporters last Wednesday.

“According to incomplete data, since the beginning of this year, the US reconnaissance aircraft have electronically impersonated civil aircraft of other countries in the South China Sea for more than a hundred times. This above-mentioned practice is egregious, which has severely violated international aviation rules, disrupted the aviation order and safety in relevant airspace, threatened the security of China and countries in the region. China firmly opposes that,” he said.

“We urge the US side to immediately stop such dangerous, provocative behaviors to avoid accidents in the air and at sea. China will continue work with regional countries to firmly safeguard the freedoms and safety of navigation and overflight in the South China Sea as well as the peace and stability in the region,” Wang added.

The practice has continued since: on September 21, a US Air Force RC-135W Rivet Joint signals intelligence aircraft, built by Boeing and based on a modified version of its 707 passenger aircraft, was spotted using a fake transponder hex code to fly through the South China Sea near China’s Hainan Island and the Paracel Islands, China’s claims of control over which are disputed by Vietnam.

​Then on Tuesday, an RC-135S Cobra Ball, an aircraft specialized for observing ballistic missile launches, flew from the US Air Force’s Kadena Air Base on Okinawa, Japan, bound for the Yellow Sea, where it, too, adopted a bogus hex code, as multiple observers confirmed. Hilariously, a KC-135 Stratotanker was even spotted flying out to refuel this aircraft that was supposedly not a US spy plane. The refueler didn’t bother to disguise itself, however.

🇺🇸 #USAF Boeing KC-135R Stratotanker coming back from the Yellow Sea, presumably after refueling the RC-135S Cobra Ball, which operates in the area.

​The South China Morning Post reported on September 19 that an unnamed source had told the paper about a US Air Force E-8C spy plane doing the same thing near the coast of China’s Guangdong Province, which faces the South China Sea. The report did not say when the incident took place. The E-8 is also modified from a Boeing 707 airliner and resembles it closely.

Another observer recorded a US Air Force RC-135U Combat Sent, which collects information on radar arrays, broadcasting a fake hex code in the Black Sea off the coast of Russia’s constituent Republic of Crimea on September 21. It was one of several aircraft watching Russia’s Kavkaz-2020 drills.

As Sputnik reported, the US spy planes must be turning off their International Civil Aviation Organization (ICAO) transponders, which broadcast unique information about the aircraft to other planes as well as receivers on the ground in hexadecimal format. They then turn on another transponder, making it look like they’re really another plane in the sky. For many of the US’ intelligence-gathering aircraft, like the RC-135W Rivet Joint and E-8C Joint STARS, the masquerade is only helped by their exterior appearances, which closely resemble a civilian airliner.

When asked about the practice, US Air Force Gen. Kenneth Wilsbach, the commander of Pacific Air Forces, only said that “we follow the rules for international airspace, and we were following the rules that day.”

Technically this is true. Steffan Watkins, an open-source intelligence researcher based in Ontario, Canada, noted on Twitter that Wilsbach’s statement amounts to an admission, despite his attempts to dissimulate.

Once you look at it that way, he's confirming that yes, they do whatever they want in international airspace, because there is no law preventing them from changing their ICAO hex mid-flight. He's also right, it wasn't an isolated occurance; the #USAF has done so many times before

​“He's confirming that yes, they do whatever they want in international airspace, because there is no law preventing them from changing their ICAO hex mid-flight,” Watkins wrote. “He's also right, it wasn't an isolated occurance; the #USAF has done so many times before. See, as a state aircraft they can do whatever they want. They're not *breaking* any laws, because they're above the law, essentially. See how that wordplay works?”

Indeed, the ICAO’s regulations specifically note that they “are not applicable to State aircraft (military, police or customs) in general,” and that “there are no requirements for State aircraft to comply with civil requirements in international airspace,” but also notes that it “requires States to ensure that military aircraft do not endanger civil aircraft.”

Since Malaysia seems to be the nation of choice for US spy planes to disguise themselves as being from, it’s possible Kuala Lumpur could claim the US is unreasonably endangering its civil aircraft by doing so. The southeast Asian nation has historically had close economic ties with China, but in recent years Washington has attempted to drive a wedge between them using their competing claims over parts of the South China Sea.

In May, the US delivered the first six of 12 ScanEagle unmanned surveillance aircraft to the Royal Malaysian Navy, which will be used for maritime patrols.