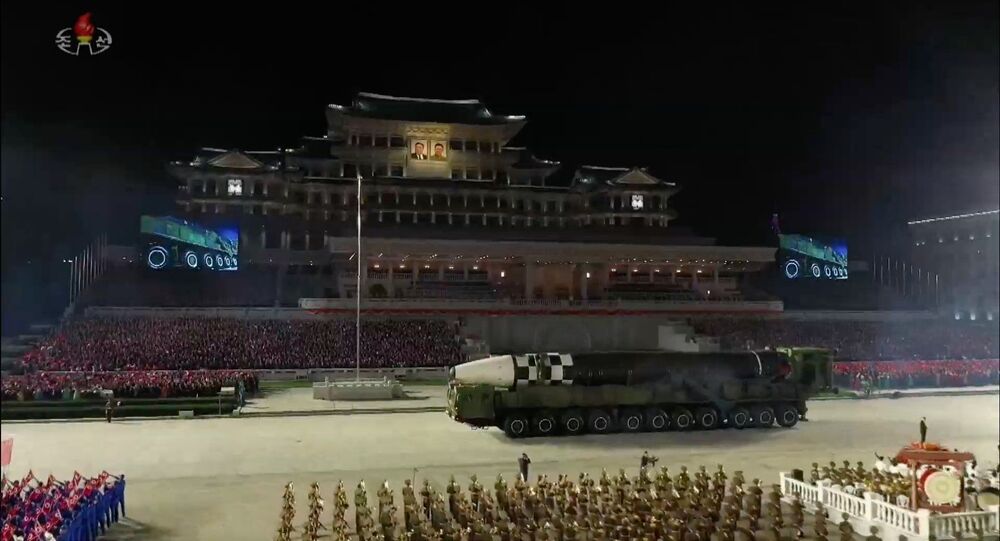 The Democratic People's Republic of Korea (DPRK) held a large military celebration in Pyongyang on Saturday. The date is also celebrated by the Republic of China (ROC), which held a smaller parade to honour Taiwan's national day.

BBC International News made a mix up on Saturday while reporting on the 75th anniversary of the establishment of the DPRK's ruling Workers Party, wrongly showing footage of Taiwan’s Double Ten National Day celebrations instead.

North Korea held a massive celebratory military display on the 10 October, a date which the North Korean anniversary shares with Taiwan's national day.

While narrating the event in North Korea, a BBC News report showed an image of a Taiwanese parade on Saturday that took place outside the Presidential Office in Taipei.

Despite the observable presence of Republic of China (Taiwan) flags in the footage as well as prominent buildings in Taipei and soldiers dressed in distinctive Taiwanese uniforms, the BBC report still had “Live Pyongyang” emblazoned on the screen.

​Several users identified the mistake and criticised the BBC over the confusion. The UK broadcaster followed up with an apology and corrected the news item, according to Liberty Times.

Others noted how the North Korean parade was held at night, while in Taiwan soldiers had marched under blue skies earlier in the day.

In North Korea the event is knowns as 'Party Foundation Day'; on 10 October 1945 the Central Organising Committee of the Communist Party of North Korea was established, prior to the division of the Korean peninsula into two separate countries.

The National Day of the Republic of China, or Double Ten Day, is celebrated in Taipei in honour of the 1911 Wuchang Uprising, which led to the overthrow of China's Qing Dynasty and the establishment of the ROC, which now only controls Taiwan, having lost mainland China to the forces of Mao Zedong in 1949.