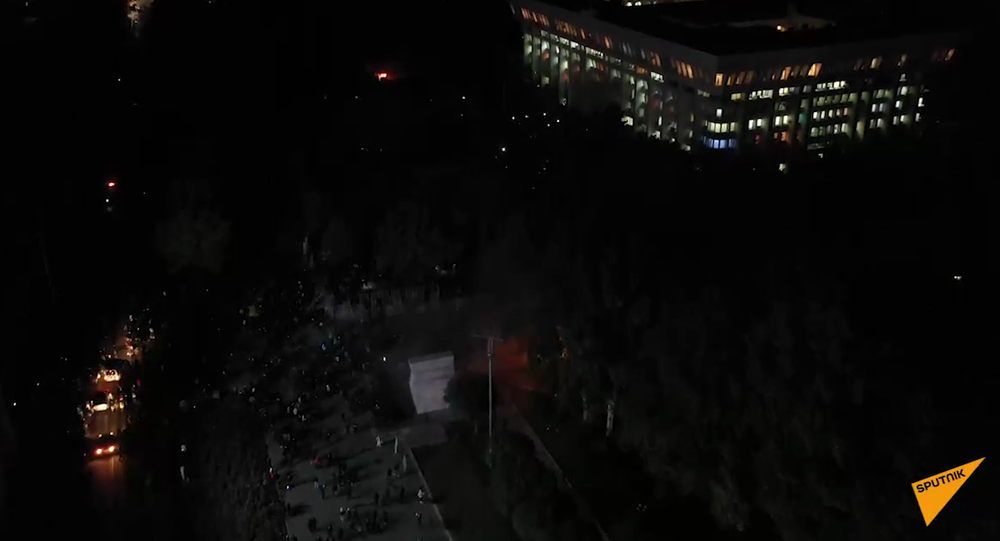 On early Tuesday, protesters angry with preliminary results of the parliamentary election in Kyrgyzstan broke into the Bishkek White House, where the country's parliament and presidential offices are held.

Drone footage revealed the first minutes in the Kyrgyz White House, after it was seized by protesters.

Protesters broke into the White House in Bishkek, ramming the gates with a truck, and rushing inside. At the time of the seizure, there were no officials or guards in the building.

Having entered the White House, the protesters vandalised the President's offices, spraying paint on furniture and defacing portraits.

The Kyrgyz capital saw mass protests following the preliminary results of parliamentary elections, with thousands flocking into the Bishkek streets demanding a re-vote.

The Bishkek White House during the first minutes of the protesters' seizure pic.twitter.com/jPeEex9AUj

​The Birimdik ("Unity") party, leading in the parliamentary election, agreed to a new vote, while the Kyrgyz president, Sooronbay Jeenbekov, said he plans to meet with the leaders of the political parties that took part in the election on Tuesday.