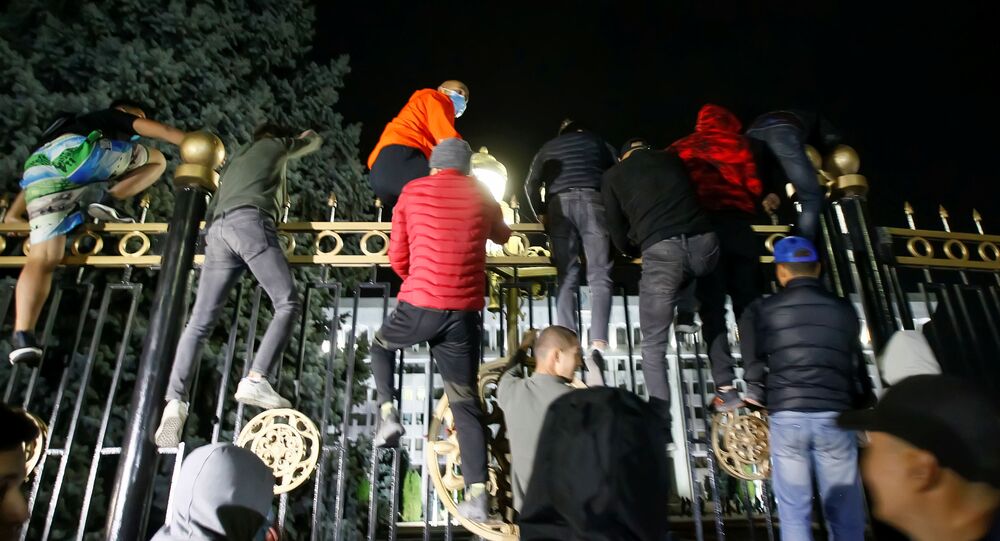 BISHKEK (Sputnik) - Opposition protesters have gathered on Bishkek's Ala-Too Square, in support of political parties that failed to gain seats following Kyrgyzstan's parliamentary election, a Sputnik correspondent at the scene reports on Monday, adding that violence seen earlier in the day has died down.

There have been multiple instances of protesters clashing with law enforcement officers throughout the evening, and explosions have been heard in the vicinity of Bishkek's White House, where the parliament building and presidential administration are located. The clashes, which went on for approximately five hours, have mostly come to a stop, according to reports.

Several thousand supporters of political parties that did not meet the country's seven percent vote threshold gathered in central Bishkek to protest against the results of the election. According to the country's Ministry of Health, more than 120 people have been injured in the clashes.

Earlier on Monday, Adilet Sultanaliev, a spokesman for front-runner Birimdik, said that the political party is ready to repeat the election.

The Kyrgyzstan Party and Butun Krygyzstan were the only other groups to win seats in the parliament after taking 8.7 percent and 7.1 percent, respectively, of the vote, according to the commission's results.